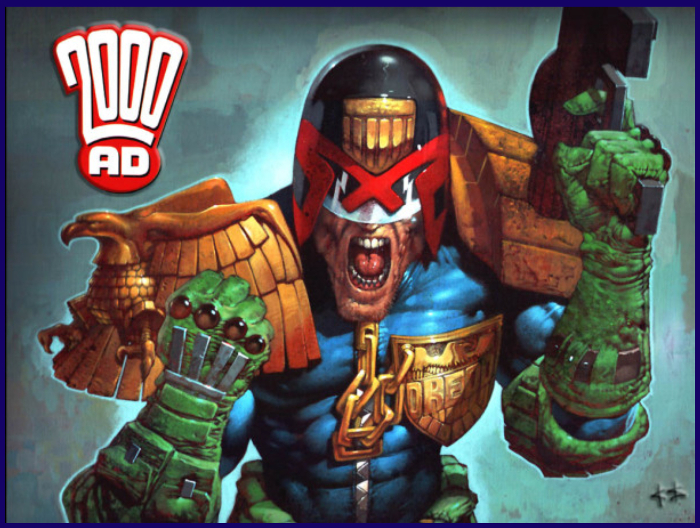 American comic-books over the past decade have most assuredly become a much more mainstream field of interest, mostly due to the popularity of celluloid and small screen adaptations, bringing a larger audience to their outrageous spandex clad antics. Though established characters such as Batman and Wonder Woman have been with us now for well over eighty years, and are as readily recognised by even non comic-book fans by their symbolism and deeds, their popularity before said live action adaptations were nowhere near the stratospheric levels they have now reached through their various cinematic endeavours.

Superheroes and their villainous nemeses are now en-vogue, and comic-books as a medium are now more widely accepted as as a legitimate and serious form of storytelling. It wasn’t always this way of course. I have been collecting and reading comics since I was a mere six years of age, and have lost count over the years of the amount of times I have had to defend my choice of escapist literature to the non fan. Even with the rise in prevalence of the celluloid Superhero in recent years , I do tend, even now, to to get a stereotypical – “but comics are for kids” reaction when I profess my adoration for the medium. This situation though has improved in more recent times, again, mainly thanks to the introduction of these beloved characters through their filmic personae. Now more people than ever are buying and reading comics, and actively sharing their own passion for this new found hobby unashamedly with their friends and families. Geeks and Nerds are now de-rigeur.

With both the DC Extended Universe and the MCU going great guns at the box office, the American Superhero has firmly established itself in the public consciousness… But what of it’s British counterparts?

British comics differ greatly from their American brethren, though have endured since their introduction way back in 1937 with – The Dandy. Dandy is a long running children’s publication (in fact, the third longest running comic-book series in history after Action Comics and Detective Comics!) and introduced classic characters – Desperate Dan, and Korky the Kat. Following shortly after, in 1938, The Beano emerged, and presented the British buying public with the arguably more famous (than their Dandy counterparts at least) Dennis the Menace, Minnie the Minx and Billy Whizz.

These early comics were invariably aimed at the younger market and followed a format that is still primarily used in the UK comic scene today – the anthology. Several stories were contained in each individual issue, introducing the young fan to a plethora of cool characters in quick two or three page adventures, perfect at the time for the attention span of the younger readership. The Superhero archetype was still very much the domain of the American market at this time, and it wasn’t until 1950 that the UK conjured up their own equivalent with the classic sci-fi hero – Dan Dare.

In April of 1950 a new breed of comic-book hit the British news-stands  – EAGLE, differing appreciably from from Dandy and Beano it focused on more sophisticated storylines and considerably more intricate artwork. It was the inaugural issue that introduced one of the UK’s most popular and enduring heroes in Dan Dare, though the stories themselves were set in the distant future, the dialog and mannerisms were very reminiscent of old Brit war movies, in fact Dare himself was described as “Biggles in space”  (Biggles was a popular series of post WW1 novels starring an ace British pilot, which first published in 1932)

It was the quality of art that really set Dare’s iconic adventures apart from his competitors at this time, and was the first UK comic to use the centrefold ‘splash-page’ style approach to represent its galactic action sequences. Dan Dare endured in EAGLE throughout its initial seventeen year run until 1967. Though he has returned, like the proverbial phoenix, several times, not just in the later relaunched variant of Eagle Comics in 1982, but also Virgin Comics (founded by English entrepreneur – Richard Branson) where he was penned by fan favourite writer – Garth Ennis, and of course, his legendary run in the UK’s most popular comic – 2000 A.D.

2000 A.D. continued the long held tradition of the anthology that was evergreen in the UK, its first issue (known as Progs in the UK) was released in February of 1977, and introduced the Brit comic-book fan to brand new and exciting heroes, and villains hitherto unexplored in a UK publication. The initial line up of strips included  – Harlem Heroes – a series that was heavily inspired by the 1970’s explosion of Kung-Fu movies, American basketball stars (specifically – The Harlem Globetrotters) and violent future sports movie – Rollerball. M.A.C.H – 1, told the tale of of a super powered British secret service agent, with obvious nods to both James Bond and The Six Million Dollar Man, and FLESH – an ultra-violent tale about time travelling cowboys heading to the Jurassic era to harvest dinosaurs for their meat, a story that presented a very young me personally, with one of my all time favourite non human protagonists – Old One Eye.

2000 A.D. has gone on to become the most widely read and circulated comic-book series in British history and has delivered some of the most archetypal and fascinating characters ever conceived in the world of the Superhero. As the publication became more in demand, new characters were added to the fold, with likes of Johnny Alpha – Strontium Dog, who found fame after transferring to 2000 A.D. when his original home publication – Starlord – was cancelled. Other terrific tales include – Rogue Trooper – the blue skinned genetically engineered soldier of the future, and the A.B.C Warriors – a team of battling bots who are able to withstand atomic, bacterial and chemical warfare. 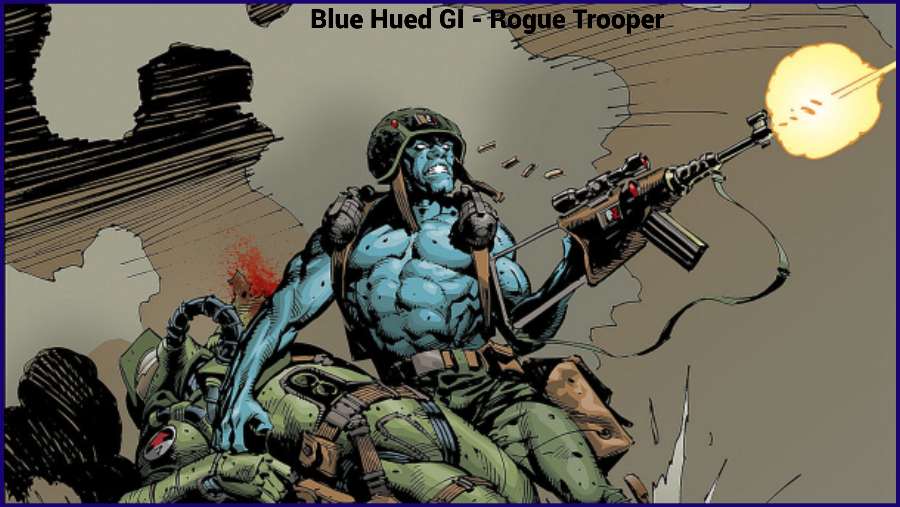 Many other heroes and villains have since been presented in the pages of this hallowed publication, some of whom we have already covered in previous posts (of which I will link below for anyone who is interested in this particularly Brit rabbit hole) Of course, conspicuous by his absence is the UK’s biggest and most popular character of all time, the grimly determined lawman of the future – Judge Dredd – For a multitude of reasons Dredd didn’t make an appearance in the first Prog of 2000 A.D. his debut though, came a mere one week later in Prog #2, which cemented his well deserved place in comic-book history!

Has this wet your appetite for other classic Brit characters, then why not check out some of my earlier profile pieces –