That’s right comic-fans, she’s back … having been retconned out of the DC universe when it was rebooted as the New 52, former Batgirl, Stephanie returns to her original Superhero role as the Spoiler. The Spoiler was created by Chuck Dixon and Tom Lyle in 1992, with her first appearance in Detective Comics #647. Stephanie is the daughter of Supervillain – the Cluemaster, and the name ‘Spoiler’ derives from her attempt to thwart her father’s nefarious criminal activities. 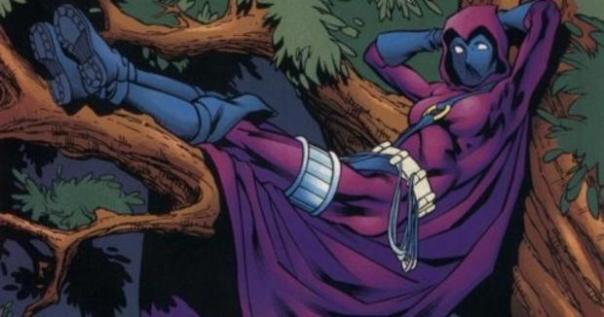 Adopted into the Bat-family, Stephanie quickly became a fan favourite character, becoming a love interest for Robin who at the time was Tim Drake (now known as Red Robin), who took her under his wing to train her in the not so subtle art of costumed crime-fighting. Stephanie remained a high profile character in the Bat mythos for over a decade, until her apparent and untimely death in the 2004 Batman story, Batman – War Games.

In 2008 Stephanie returned to comics, with her former death being apparently faked, she took on the role of Batgirl after Cassandra Cain decided to hang up her cape and cowl. She continued in this role for two years until the comic was cancelled and original Batgirl – Babs Gordon returned to don the mask once more. Nothing was seen of Stephanie after the New 52 reboot until Batman #28, when Stephanie made her appearance once again as the Spoiler. Now firmly back in DC continuity, you can expect to see a lot more of this popular young hero, I like many other fans have missed the character over the years … welcome back Stephanie, once again spoiling the plans of Supervillains everywhere.

Poor old Babs Gordon has definitely been through the emotional wringer over the past two years, her estranged mother returns to Gotham city is promptly kidnapped by the Joker and Batgirl is forced into almost marrying him. On top of this she finds out her brother James is a serial killer, and of course the constant fight against the criminal underbelly of Gotham have taken their toll on her.

So from issue #35, Batgirl will be moving to Gotham’s trendy borough of  Burnside and concentrating more on having a life outside of the cape and cowl. With the move also comes a new costume, and a new creative team for the comic itself with writers Cameron Stewart and Brenden Fletcher and the appropriately named Babs Tarr handling the artwork. We wish Babs all the best in her new ventures.