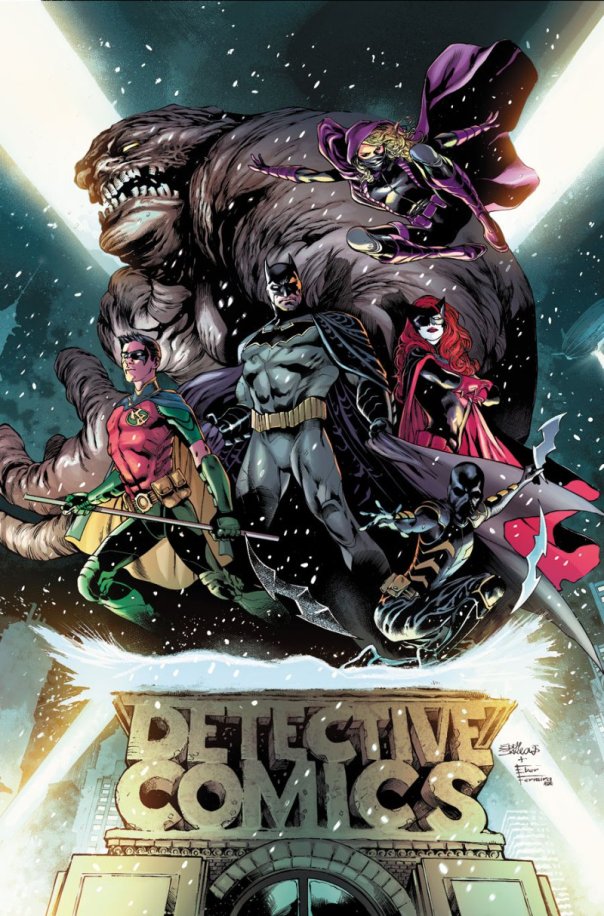 This week’s wonderfully wrought comic cover celebrates not only the absolutely astonishing artwork of Eber Ferreira & Eddy Barrows, but also the reversion of Detective Comics back to its original numbering. Detective Comics first appeared in 1937, but it was its twenty seventh issue that has become the most important of its seminal run, the first appearance of the Masked Manhunter himself – The Batman.

When DC Comics rebooted its Universe in 2011 with the ‘New 52’ they renumbered all of their issues back to #1’s. Before this back pedal of numbering, Detective had reached the almost incomparably immense issue #881, with the oncoming of DC’s recent ‘Rebirth’  which aims to reinsert the legacy of DC’s long and varied comic history, they have decided to revert the numbering of their two original and most popular comic books – Detective & Action Comics (which itself goes back to #957, tantalisingly close to issue #1,000!)

Detective Comics 934 finds the Batman attempting to bring together all of Gotham’s Guardians into one cohesive unit of crime-fighting badassery. A rebirth for the classic Bat-Family of old that sees the return of beloved characters like Stephanie Brown as the Spoiler and former Batgirl Cassandra Cain under her new identity of Orphan. Throw in the fiery haired vigilante Batwoman, wayward zealot Azrael and the Caped Crusader’s loyal sidekick Red Robin, and you end up with an almost unbeatable team of spandex clad heroes that will have the Supervillains of Gotham running for the proverbial hills! 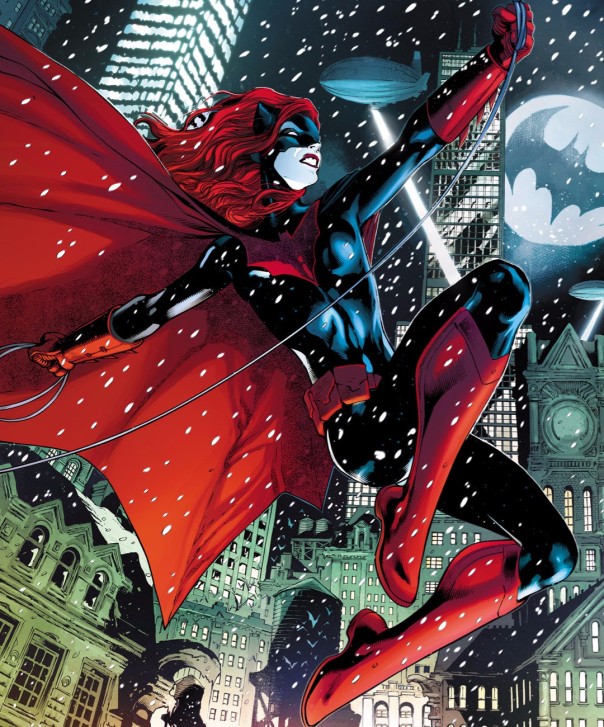 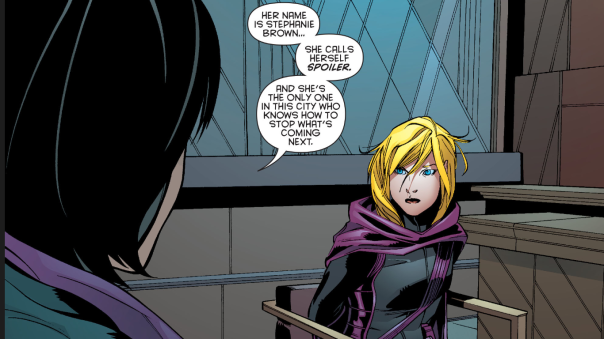 That’s right comic-fans, she’s back … having been retconned out of the DC universe when it was rebooted as the New 52, former Batgirl, Stephanie returns to her original Superhero role as the Spoiler. The Spoiler was created by Chuck Dixon and Tom Lyle in 1992, with her first appearance in Detective Comics #647. Stephanie is the daughter of Supervillain – the Cluemaster, and the name ‘Spoiler’ derives from her attempt to thwart her father’s nefarious criminal activities.

Adopted into the Bat-family, Stephanie quickly became a fan favourite character, becoming a love interest for Robin who at the time was Tim Drake (now known as Red Robin), who took her under his wing to train her in the not so subtle art of costumed crime-fighting. Stephanie remained a high profile character in the Bat mythos for over a decade, until her apparent and untimely death in the 2004 Batman story, Batman – War Games.

In 2008 Stephanie returned to comics, with her former death being apparently faked, she took on the role of Batgirl after Cassandra Cain decided to hang up her cape and cowl. She continued in this role for two years until the comic was cancelled and original Batgirl – Babs Gordon returned to don the mask once more. Nothing was seen of Stephanie after the New 52 reboot until Batman #28, when Stephanie made her appearance once again as the Spoiler. Now firmly back in DC continuity, you can expect to see a lot more of this popular young hero, I like many other fans have missed the character over the years … welcome back Stephanie, once again spoiling the plans of Supervillains everywhere.