Comic Cover Of The Week: JLA #1 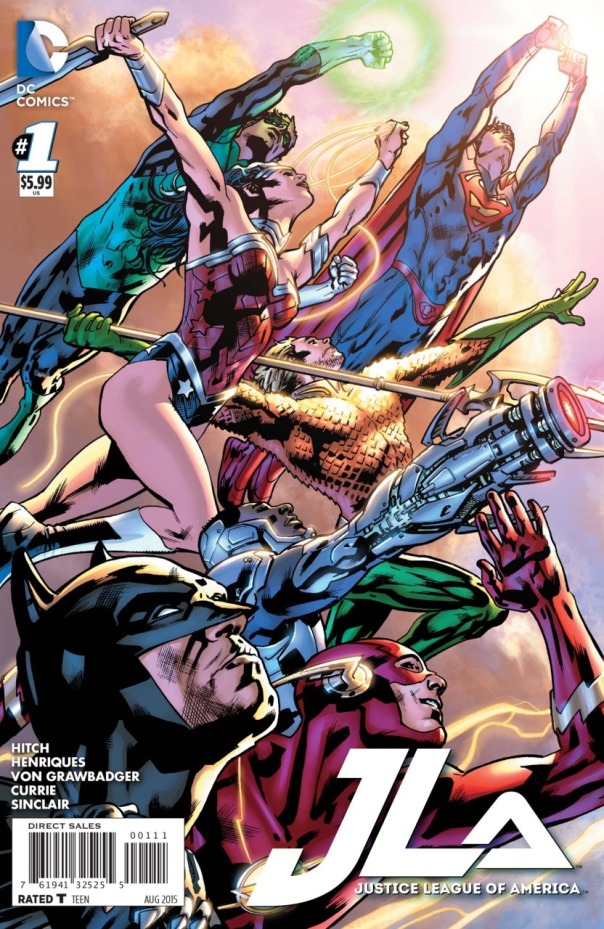 New comics Wednesday is upon us once more, and counted amongst this week’s fantastic titles is the new JLA debut issue from superstar writer/artist Bryan Hitch. Hitch begins his run on DC’s most popular super team with a massive eight different cover variants! The above issue is the standard cover, plus there are seven other variants each depicting one of the JLA’s core team members, which piece together to form an epic panoramic battle scene. There is also an amazing 1:100 seven page fold out variant that contains all seven covers in a gatefold special edition.

Plot Synopsis: The Justice League encounter an armada of aliens heading towards Earth who claim to be a peaceful religious tribe. But something sinister seems to be lurking within their ranks, something that may have ties to ancient Krypton!