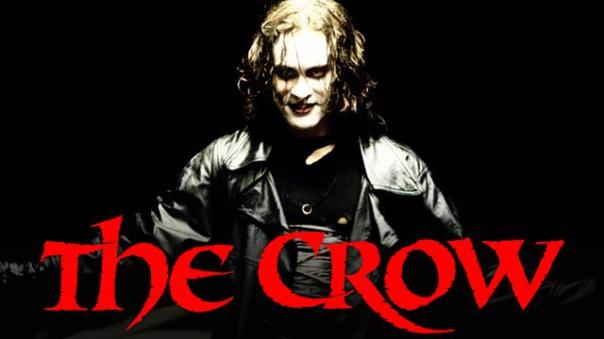 “Suddenly I heard a tapping, as of someone gently rapping, rapping at my chamber door”

Director Alex Proyas’ adaptation of James O’Barr’s comic book character The Crow is one of my favourite films of all time, an emotional rollercoaster of a movie not just because of the suffering and torment the character is put through in the film itself, but also because of the real life tragedy of it’s star Brandon Lee and the impassioned and heartbreaking reason that Mr O’Barr created the character in the first place.

James O’Barr originally wrote the Crow in response to a terrible tragedy in his life, his long term girlfriend was killed by a drunk driver and Mr O’Barr created the tragic character of Eric Draven as a cathartic coping mechanism.

The comic was released in 1989 by Caliber comics and tells the story of Eric and his fiancee Shelley, assaulted by a vicious gang after their car breaks down, Eric is shot in the head and lays dying as his fiancee is brutally beaten and raped by the thugs. One year later he is resurrected by a mysterious crow who guides him on a  journey of retribution against his murderers, returning to his grave after his vengeance has been sated. I recently had the pleasure of meeting Mr O’Barr at a local comic convention in the UK and must say that he is a pleasant and unassuming man with an enormous amount of talent and love for the comic medium. 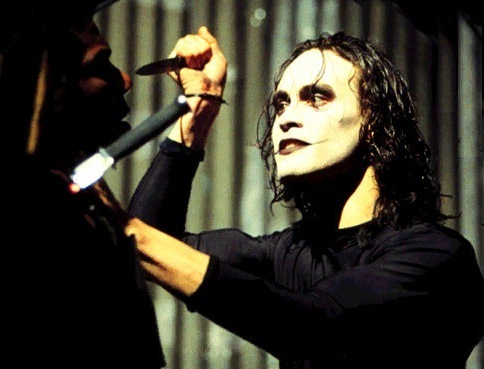 Alex Proyas’ 1994 movie adaptation of the original comic series is an exceptionally well made interpretation of the source material, though it is as famous for the tragic death of it’s star Brandon Lee as much as it is for it’s genuinely compelling story. Brandon Lee was the son of martial arts savant Bruce Lee, Brandon also was a martial arts expert and an up and coming actor who had majored in college in theatre studies, eventually taking acting lessons at Lee Strasberg Film and Theatre Institute. Apart from some minor roles Brandon’s first leading role was in Hong Kong action movie Legacy of Rage, his big break came when he starred opposite action star Dolph Lundgren in the 1991 movie Showdown in Little Tokyo. It was just one year later he landed the role of Eric Draven in The Crow, not knowing that it would ultimately lead to his tragic death.

On the 31st of March in 1993, Brandon was accidentally shot on set when a revolver used in a scene to shoot his character which was loaded with blank rounds, accidentally fired a dummy round that had got lodged in the pistol, and mortally wounded the actor, he was rushed to hospital but died during surgery, he was 28 years of age at the time.

The film opens with Officer Albrecht (Ernie Hudson) attending a crime scene where victims Shelley Webster and her fiancee Eric Draven have been assaulted in their loft apartment, Eric is killed by the intruders and Shelley is rushed to hospital in a critical condition only to die later from her wounds.

It is here that we are introduced to two of the main characters from the film, Police Officer Albrecht and a young girl named Sarah, who Shelley and Eric took care of in lieu of her wayward Mother Darla. Set in Detroit on October 30th during what has become known as Devil’s Night, a night when all of the city’s major gangs come together to cause mayhem and set large fires in shops and residential areas on a massive scale. It is on this night exactly one year later that a mysterious Crow resurrects Eric to wreak bloody vengeance on his killers, from here Eric blazes a violent reprisal against the gang and wrestles with his inner demons, before eventually returning to his grave. 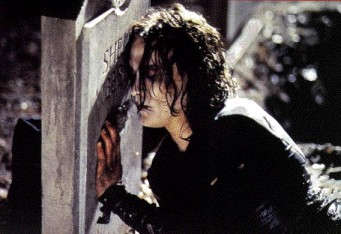 The film is masterpiece of visual storytelling, taking place at night during a rainstorm it is beautifully shot and evokes a feeling of a dark gothic fairytale. Brandon Lee’s final performance is mesmerising and emotional, and the supporting cast of actors also give amazing and realistic portrayals, especially the young girl Sarah (Rochelle Davis) and the main villain Top Dollar played by the gravelly voiced Michael Wincott, whose character is both strangely evocative and detestable.

Also of note is the film’s fantastic soundtrack featuring such greats as The Cure, Nine Inch Nails and Pantera, in fact lyrics from The Cure’s song Hanging Gardens appeared in the original comic book itself.

The Crow is a without a doubt a filmic masterpiece, an emotional, violent and traumatic ride through one man’s quest for vengeance. It is in my humble opinion, one of the greatest comic book adaptations of all time. Brandon Lee is superlative as Eric Draven, a young talented actor who sadly died on the cusp of greatness but left a legacy in The Crow that will endure for generations to come.