Welcome back, my colossal compatriots of comic-book collecting, to our continuing countdown of cool comic cover classics. In our previous ineffaceable instalment we introduced you to the astounding artistic auteur, Alex Ross, and his perfectly painted panoramic photo-realistic take on The Justice Society Of America. This effervescent episode we shall once more unveil our trusty Bat-Signal and shine it’s scintillating spotlight on the dazzling and delightfully dynamic Darwyn Cooke, with his tantalising take on – The Teen Titans #5!

Darwyn Cooke was a Canadian writer/artist whose first offering to the wonderful world of comics was in 1985 for DC Comics’ anthology series New Talent Showcase #19. In the early nineties Darwyn snagged his dream vocation as an animator for Warner Bros, and the lead storyboard artist for the Emmy award winning – Batman: The Animated Series, which is where he met the similarly styled artist and show co-creator, Bruce Timm. In 2000, he was hired by DC to write and illustrate Batman: Ego, a graphic novel that explored the traumatised mind of Bruce Wayne and his fragile psyche. It was a phenomenal hit, and Darwyn’s epic retro tinged art, a modern interpretation of classic 30’s and 40’s golden age comic-book stylings, became an instant hit with fans, which led to Darwyn being inundated with offers for work. 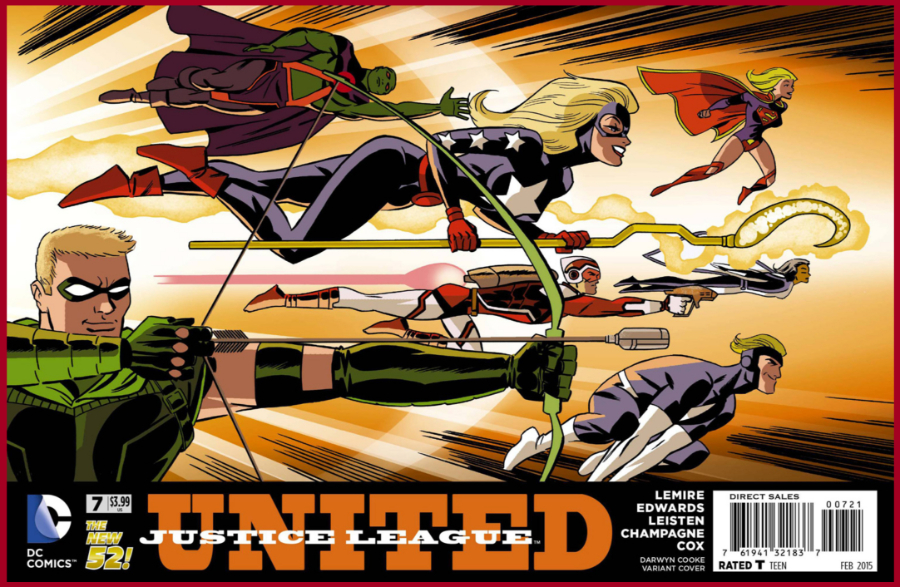 In 2004, Darwyn started work as both writer and illustrator on the six issue mini-series – Justice League: The New Frontier, which was the perfect opportunity to showcase his retro reverie because the subject matter matched his unique art style. New Frontier was set in the 1950’s taking place in an alternate version of the cold war, taking inspiration from novels such as The Right Stuff  by Tom Wolfe, the civil rights movement and atomic bomb testing. This series was once again a huge hit for Darwyn and won him the exclusive Eisner award, and was later turned into an astonishing animated movie for which Darwyn co-scripted and provided art direction. 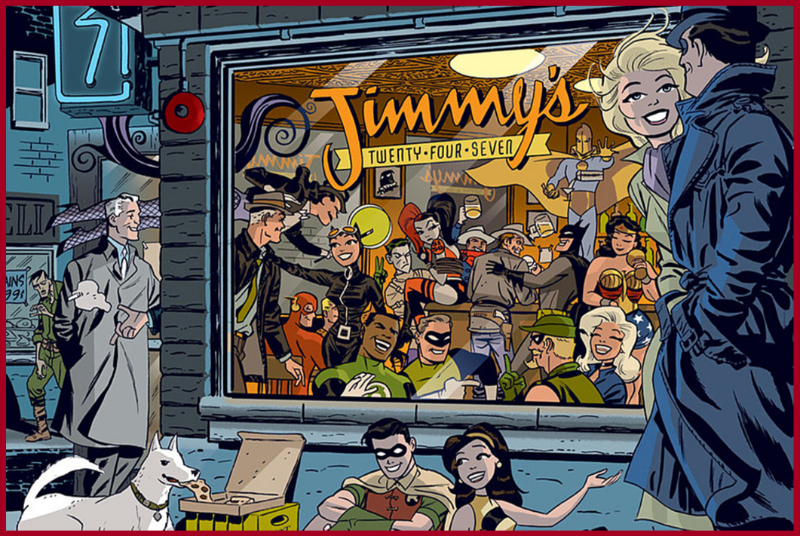 Regrettably Darwyn passed away in May of 2016 after a secret battle with cancer, he was a mere 54 years young. Darwyn is one of my absolute favourite artists, his unique and lively retro style make his work stand-out from an overcrowded comic-book market, instantly recognisable and just plain fun to look at, his tremendous talent is sorely missed.

Why Not Join Us Again Next Time, Fellow Fans Of Fantastic Fiction, For Our Continuing Countdown Of Cool And Crazy Comic Cover Collectables!