Joye Hummel Murchison – The First Woman Commissioned To Write Wonder Woman Comics In The 1940’s, Passes Away At 97.

It is with great sadness that we pass on the news that Wonder Woman and Comic-Book author, Joye Hummel Murchison passed away at the age of 97 years old on April 5th. Joye was the ghost writer of many classic golden age Wonder Woman tales between the years of 1944 and 1947, with her first ever script appearing in the spring 1945 issue of Wonder Woman #12, after the Wondy creator and mainstay writer – William Moulton Marston fell terminally ill.

Joye was first offered the role of authoring the ongoing adventures of the wondrous one in March of 1944 by Professor Marston himself, who was a tutor of psychology at the Katharine Gibbs school in Manhattan, where Joye was a pupil. Professor Marston, over dinner, invited Joye to co-author the further adventures of the Themysciran Titan. At this point, Joye had not only never read Wonder Woman, but indeed any comic-books whatsoever, though she accepted the position through her respect and admiration of Marston and his varying works that included not just comic-book writing but also psychology, invention (he co-invented the lie detector, which gave way in the comics to Wondy’s Lasso of Truth) and unyielding support of women’s rights and the Suffragist movement. 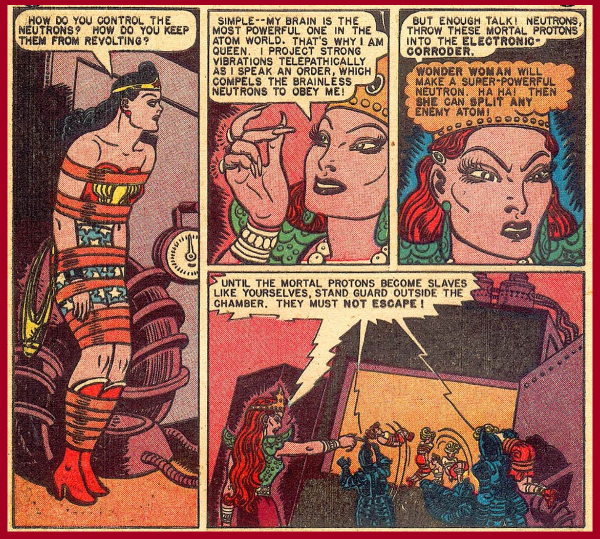 Joye worked on Wonder Woman’s continuing adventures for three years as a ghost-writer, yet was never accredited much attention until the Jill Lepore penned – The Secret History Of Wonder Woman – was released in 2014. Four years after historian Lepore’s book was released, Joye was awarded one of the most prestigious comic-book awards – The Bill Finger Award – primarily given to oft underappreciated and overlooked comic creators.

Our thought go out to her family and friends at this time, and our eternal thanks to Joye for the many wonderful tales of Diana’s golden age adventures she regaled her many fans with.