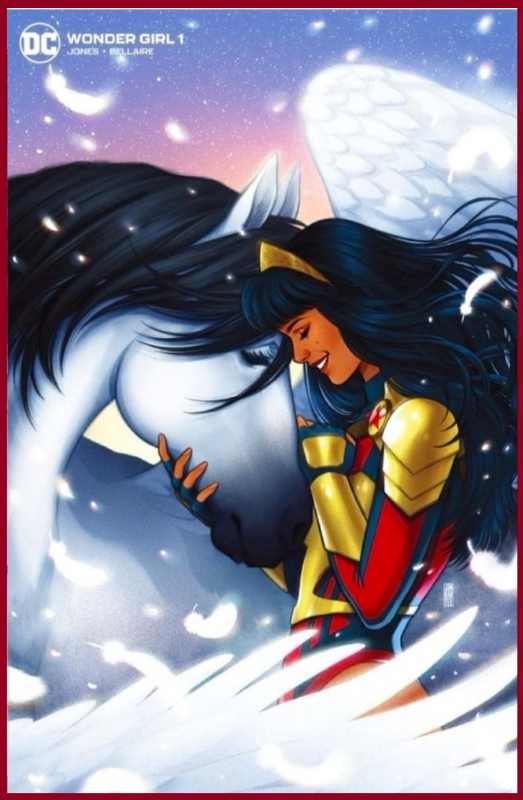 Welcome, fellow fans of fantastic female fiction, to another cool and captivating cornucopia of comic cover collectables! This weeks radiant rendering contains not one but two impassionately illuminating illustrations of DC’s newest version of the fabulous Wonder Girl -Yara Flor! 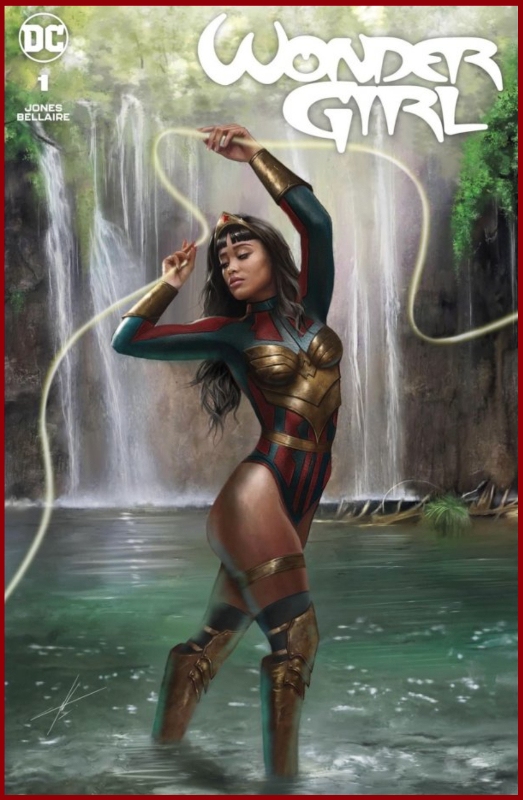 The newest variant of Diana’s closest crime-fighting companion actually holds the dynamic distinction of being an Amazon from the Amazon! That’s right, Wondy’s new scintillating sidekick hails from the Amazon rain forests of Brazil, though she’s yet to discover her rightful roots after being raised by her aunt and uncle in Idaho for the majority of her young existence.

Yara Flor holds several distinctions as the newest member to the Wonder Woman mythos, she is the first Amazon to be solely created by a female, the terrifically talented – Joelle Jones, and also, equally as important – the very first Wonder Girl of colour. Our tantalising twosome of creatively charming covers are brought to you by awesome artistic auteurs – Jen Bartel and Carla Cohen, with another stunning six vaunted variants by impeccable illustrators including – Bilquis Evely, Kendrick Lim, J. Scott Campbell and creative visionary Joelle Jones. 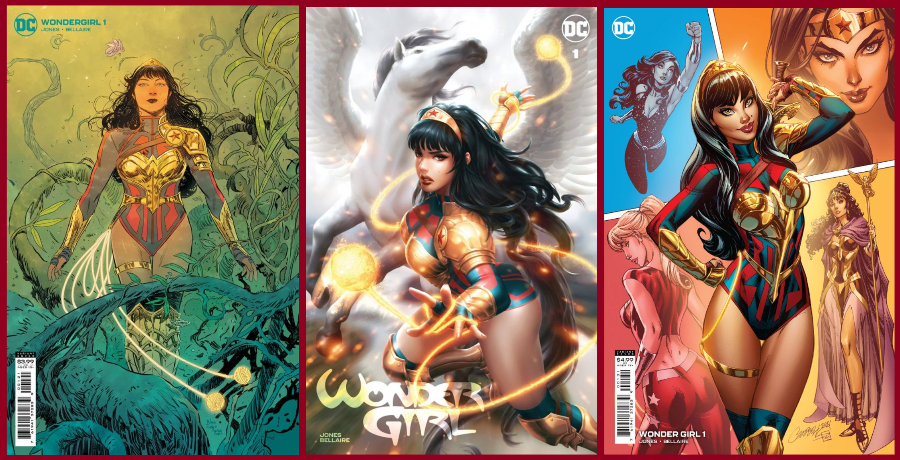 The marvellous mythos of Yara Flor begins here! Raised by her aunt and uncle in Boise, Idaho, Yara has always felt that something was missing from her life – and is now heading to her birthplace of Brazil, to ultimately discover what that is. Yet, little does she know that her auspicious arrival will set off a series of events that will change the world of Wonder Woman forever. Her momentous return has been prophesied, and with this prognostication comes the undivided attention of the benevolent gods from pantheons beyond.

Wonder Girl #01 Is Available To Buy At Your Local Comic-Book Emporium Right Now! 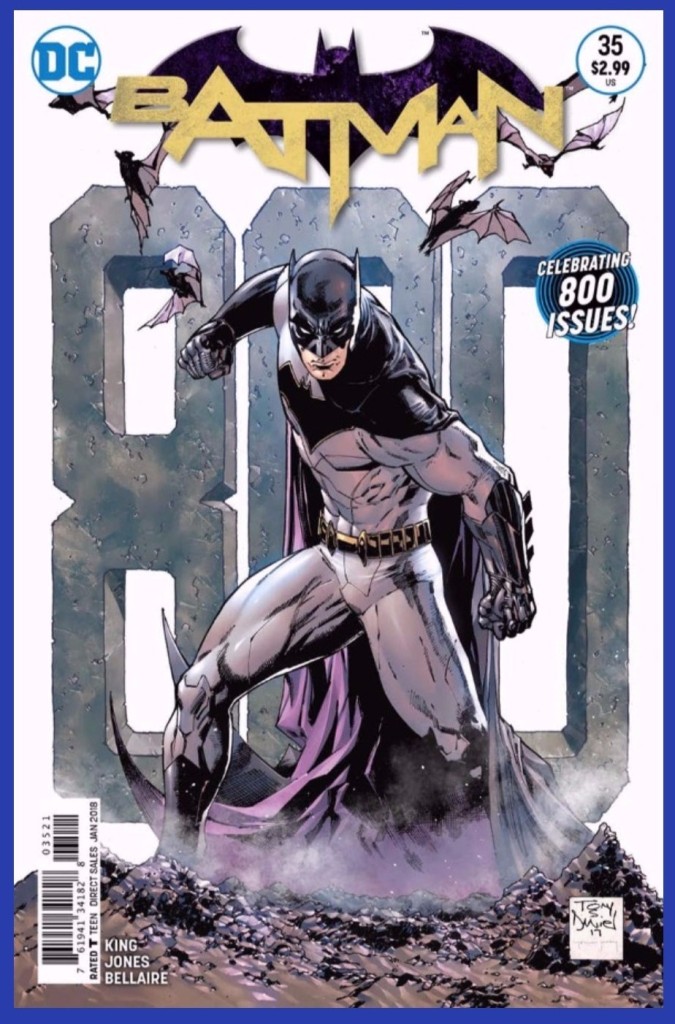 This weeks captivating cover celebrates an astonishing 800 issues of Batman! For those not especially versed in comic-book lore, allow me to elucidate that even though this magnificent milestone in the Caped Crusader’s long and tumultuous history as Gotham’s very own grim guardian is a significant landmark, he has actually been the titular star of its sister comic “Detective” for an even more astounding 942 issues, since his first appearance in the May 1939 issue of Detective Comics #27!

Batman Rebirth #35 is the lucky recipient of the honour of the 800 issues award, and finds the two most significant women in the Dark Knight’s life duelling for his affections, as Selina Kyle, better known as Catwoman, and the daughter of the demon – Talia Al Ghul face off in a splendidly savage sword fight. 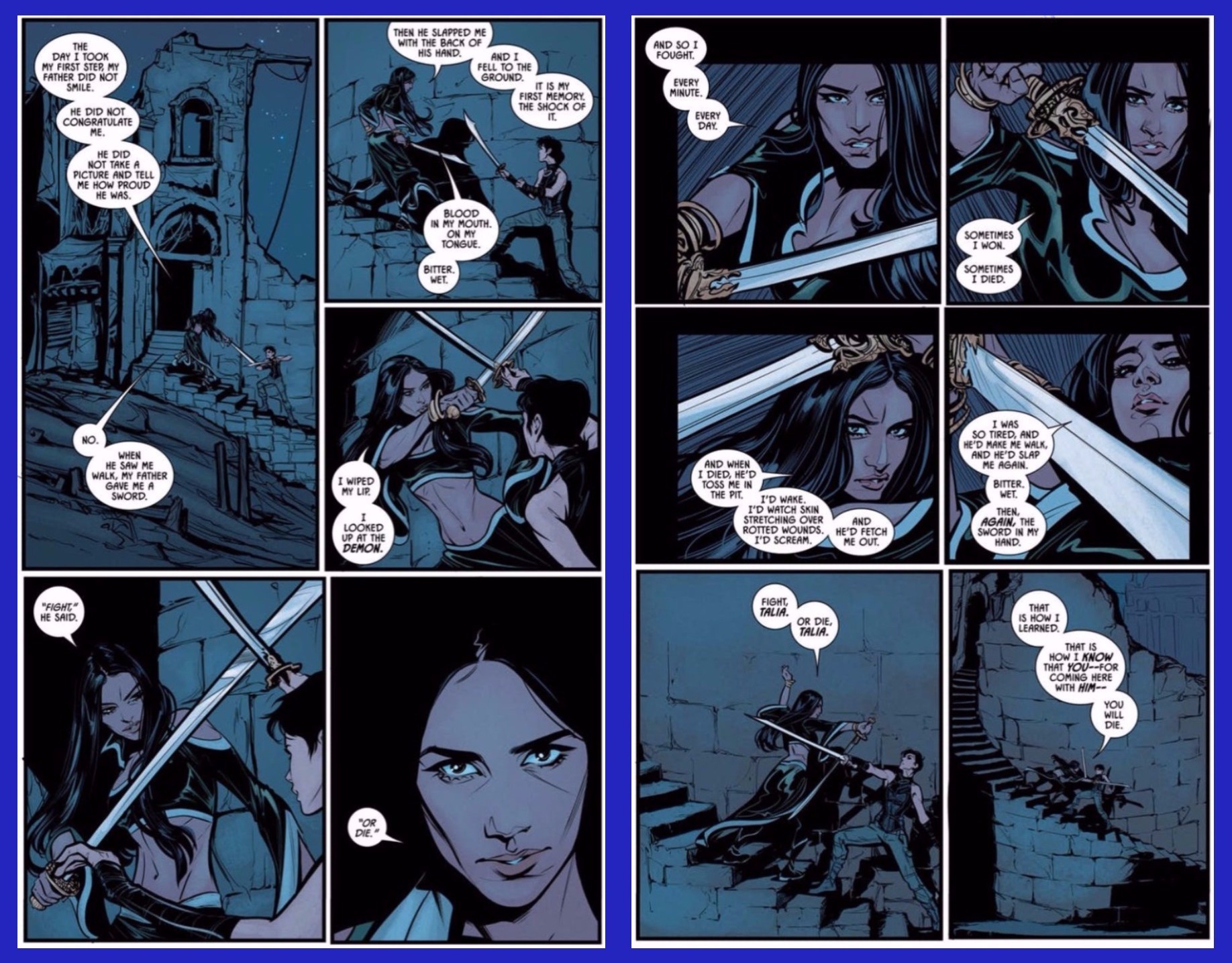 As a background for why these two classic characters would be crossing blades for the intimate endearment of the pointy eared vigilante, their actual romantic entanglement with Batman spans many, many decades in the comics.

Bruce Wayne and Talia (daughter of Batsy’s nemeses – R’as Al Ghul) produced a son together (Damian Wayne, the current holder of the title of The Boy Wonder – Robin) and have a long and convoluted fervid history. Though, even their lengthy and tumultuous relations is eclipsed by Bruce and Selina’s even more protractedly intimate involvement. As a testament to the Bat and the Cat’s everlasting dalliance, Bruce recently proposed to Selina, and the two costumed creations are now seemingly on a one way trip to marital bliss (and most probably, considering this is the world of The Baman – conflict and contention.) 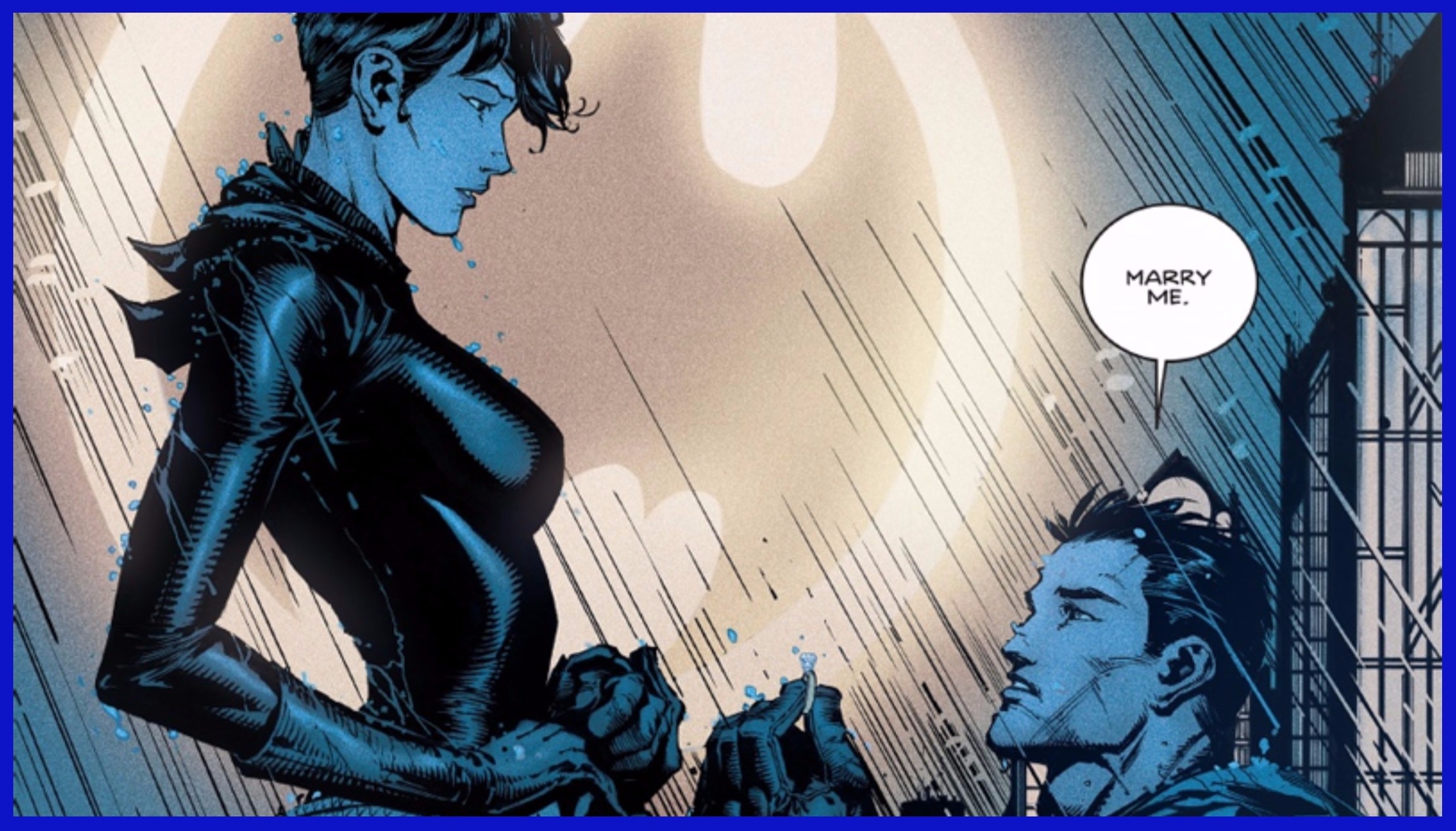 “Part three of “Dream Of Me” finds the Dark Knight past the point of no return. It turns out he’s definitely going to need a little help from his friends, but this help comes with a significant downside: Batman’s true intentions will ultimately be exposed!”

Writer Tom King once again proves his worth as one of DC’s greatest current creators with yet another fantastic issue, he is a sensational scribe of almost unparalleled level, and I for one would be more than happy if he continued to write Batman’s ongoing quest for revenge and redemption forevermore! Interior art by Joelle Jones is also great, with the sword fight between Selina and Talia being a particular highlight, flowing beautifully with King’s concurrent dialogue.