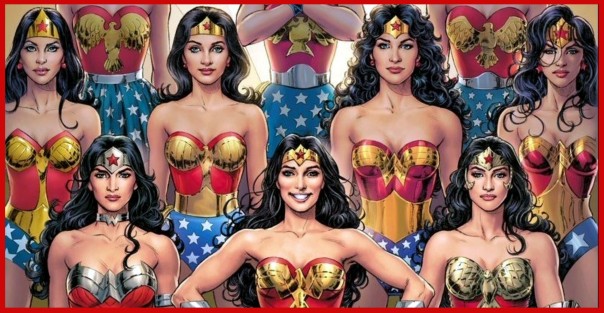 Iconic is absolutely an apt terminology for William Moulton Marston’s legendary creation – Wonder Woman. Icon comes to us from the original ancient Hellenic word – Eika, and with Diana’s entire narrative background tied up (sometimes literally – the Amazons were famous for bondage games!) in Greek mythology, I could not think of a phrase that encapsulates the Amazon Princess any more effectively.

Diana first leapt onto the pages of comic-books in the 1941 issue of All Star Comics #8, and from that point began her legendary odyssey through the annals of comic history with close to eight decades of epic storylines of emancipation, liberation and love.  Diana’s rich heritage is tied to her ability to empathise and forgive, traits not necessarily intrinsic to the majority of Superheroes, who tend to rely on fists, brute force and their overtly herculean super-powers to right any wrongs that present themselves. 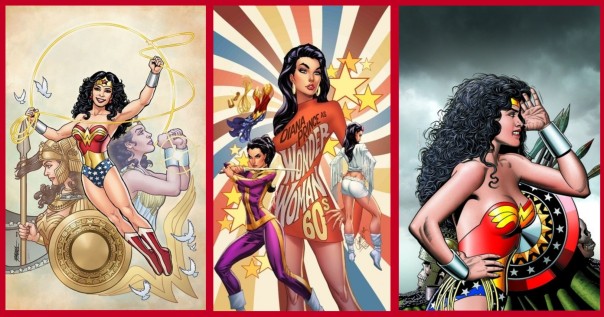 Wonder Woman was always cut from a different cloth, preferring to extend a hand in friendship rather than raise a fist in anger. Diana’s real life creation from her genius architect, the aforementioned William Marston is key to the character’s enduring legacy of liberation and amnesty. Marston’s ideal for the character came from his groundbreaking (especially for the era) work in the feminist and suffragette movements of the 1930’s and 40’s, with birth control pioneer Margaret Sanger, in particular her work – Woman and the New Race becoming a catalyst for Diana’s eventual fictional birth in 1941. 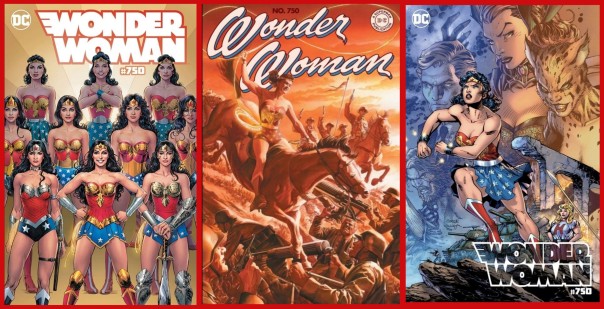 An astonishing seventy nine years later, Wonder Woman is actually more popular now than she has probably ever been, with a whole new audience outside of her fervent comic-book fandom brought into her Amazonian ranks thanks to her recent and magnificent celluloid outing in Gal Gadot and Patty Jenkins’ 2017 movie. She has been in continuous print since her iconic inception, is the original blueprint for virtually every female Superhero that has been created since her dazzling debut and is still THE fictional front woman for feminism and emancipation in the world today. I am sure Dr William Marston is looking down from his well deserved place on Mount Olympus and smiling, watching as his monumental creation continues to spread her message of hope and love to all the masses both fictional, and real. 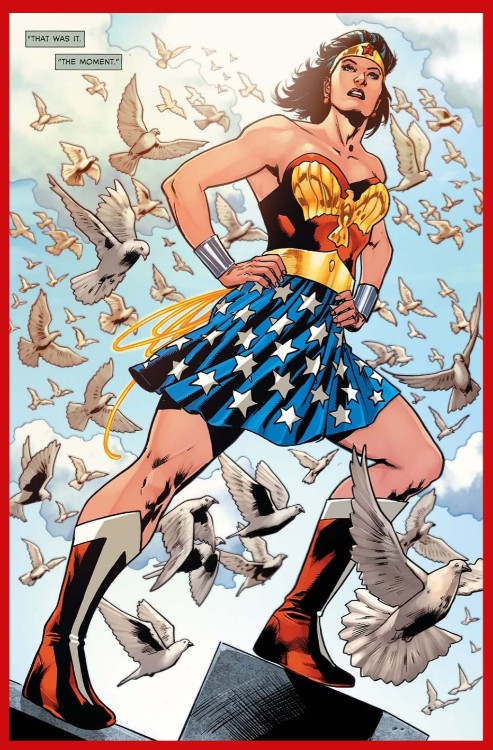 To celebrate Wondy’s 750th issue DC Comics have brought together some of the Themysciran Titans’ most revered story tellers and artists – George Perez, Gail Simone, Nicola Scott, Greg Rucka, Jenny Frison and Brian Bolland to name just a few are onboard for this 96 page prestige format tome.

Nine exhilarating tales of the astonishing Amazon regale the reader with fabulous fables that represent her past, present and future, each allegorical piece fits, jigsaw like, into a whole that fundamentally represents everything we love about Wonder Woman, with our personal favourite from the selection being Gail Simone’s fabulous – ‘From Small Things, Mama’  though we are happy to report that not one of the other eight exceptional epics on offer are anything less than deserving of Diana’s halcyon heritage. 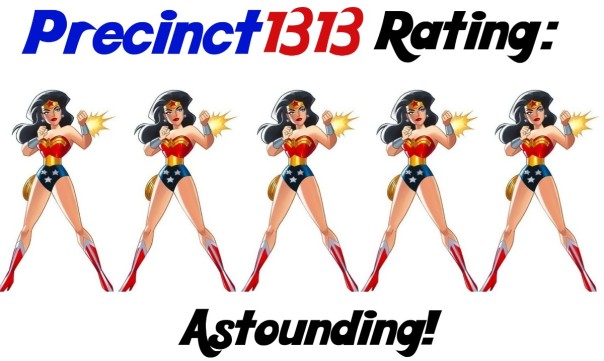 Wonder Woman #750 is available from your local comic-book emporium right now! Make sure to show your love for the most important fictional female in history by buying this landmark issue, my astonishingly adroit amazonian associates. 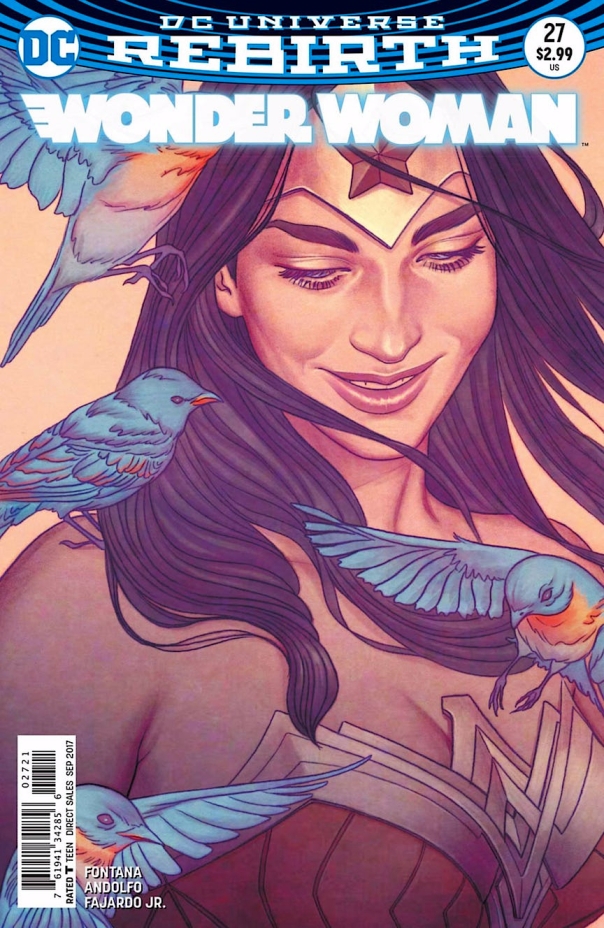 Welcome, my comic collecting cohorts, to another episode of Comic Cover Of The Week, and once again we bask in the illuminating magnificence of Jenny Frison’s incredible artistic talent.

DC Comics’ Wonder Woman Rebirth series has been a revelation since its 2016 relaunch, the twice monthly title has been one of the most beautifully crafted and emotionally absorbing runs in Diana’s long and varied history. Enhancing Greg Rucka’s initial story arc were the vivacious visuals courtesy of Liam Sharp and Nicola Scott, with each and every panel a masterpiece in its own right.

Rucka’s epic “Truth and Lies” saga came to a close in issue #25 after its award winning run, with the initial team of superstar creators leaving the book to move onto other projects for DC. And though the sacred duties for guiding our favourite Amazon warrior Princess have now fallen into the capable hands of Shea Fontana and Mirka Andolfo, one of the original artistic architects is still onboard with the title, the fantastic Jenny Frison.

Jenny has been the variant cover artist for Wondy’s rebirth since issue #7, taking over duties from Frank Cho who sensationally quit after apparent ‘artistic differences’  with series writer Greg Rucka. Frison’s variant covers have been breathtaking, beautifully rendered paragons of artistic endeavour and this month’s issue is yet another paradigm of grandeur, and quite possibly my favourite piece from the talented artist yet.

Wonder Woman #27 continues the “Heart Of The Amazon” tale and finds someone close to Diana being the architect behind the recent attacks on her and her friends… but what has this person learned about her powers that she never even knew herself? 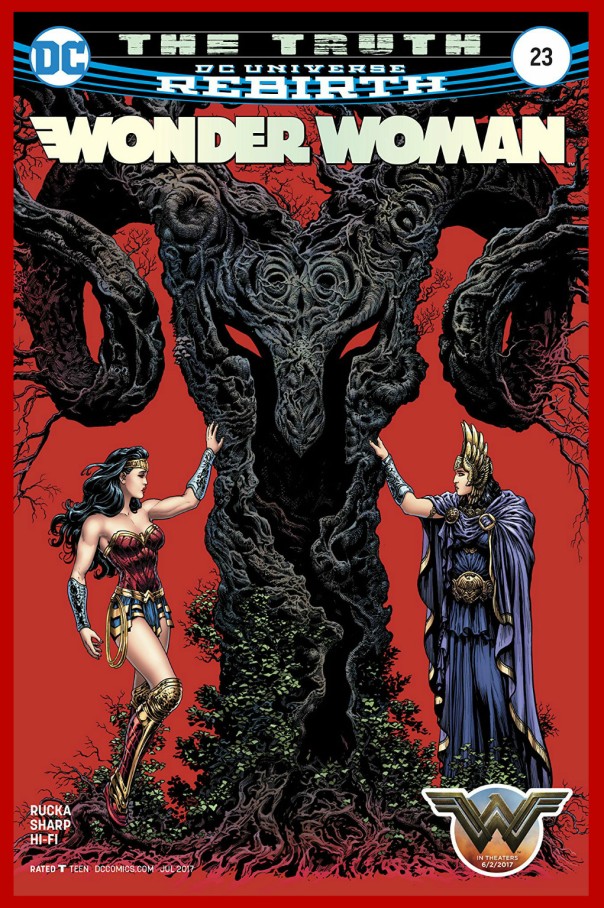 The Truth is finally laid bare before Diana, in this enthralling last instalment of Greg Rucka and Liam Sharp’s mythological masterpiece ‘The Lies’. This issue marks the sad departure of Liam Sharp’s astounding artwork, as he moves on to other projects for DC Comics, with Bilquis Evely taking over artistic duties for issues #24 and #25.

“The conclusion to Diana’s search for the truth takes her on a journey into darkness, but the price of understanding may be one sacrifice too many for Wonder Woman…” 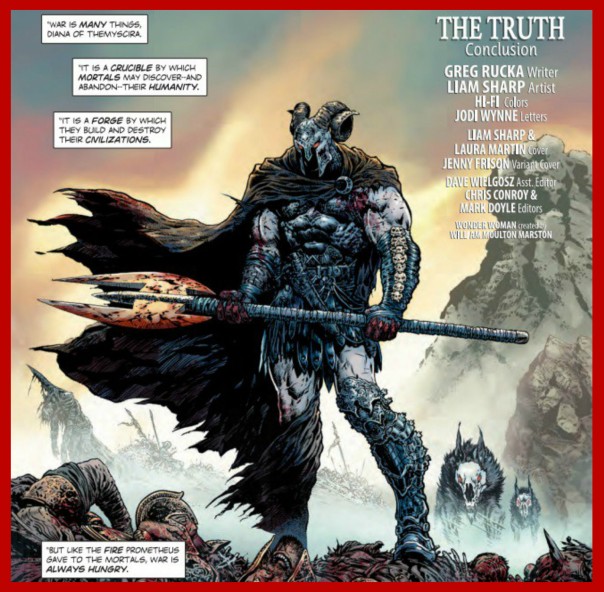 Sensational scribe Greg Rucka’s run on Wonder Woman Rebirth has been astounding, his alternating storylines have offered up some of the most exceptional tales of Amazonian ancestry since the great George Perez. Alongside Greg have been two of comicdom’s most prolific and talented artists, Liam Sharp and Nicola Scott, with both wowing us on a monthly basis with their vivacious visuals and astonishing attention to detail, making each and every issue a literal masterpiece. 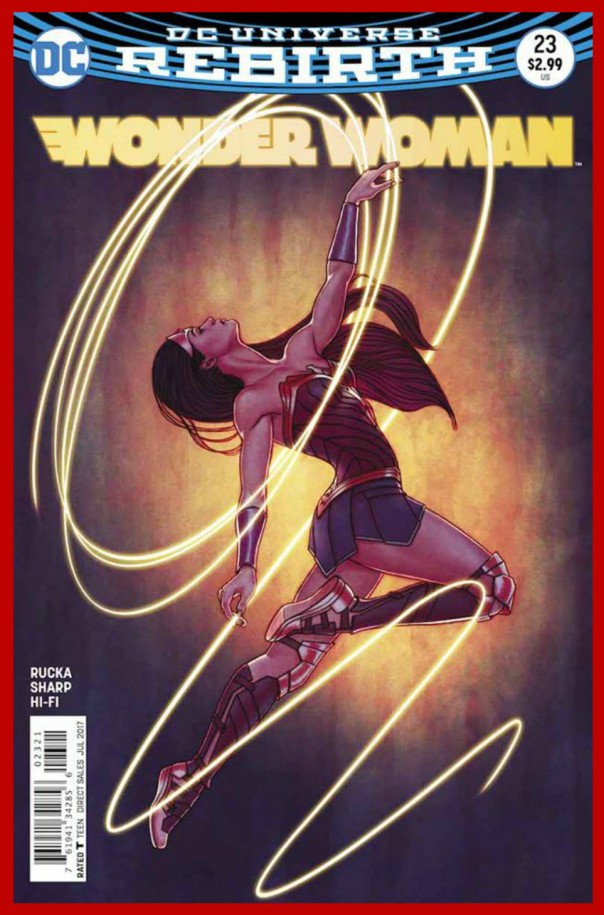 Making every month a pricey one for this particular comic-book collector are Jenny Frison’s absolutely beautiful variant covers, they are so resplendently gorgeous, that I have literally no choice but to purchase them alongside the regular covers which feature Liam and Nicola’s equally scintillating cover imagery.