Jared Leto’s Joker Reveal… (and why we love it!)

Yesterday marked the 75th anniversary of the Joker (Happy Birthday Mr. J), and in celebration of this, Suicide Squad director David Ayer released the first image of Jared Leto as the clown prince of crime… and we love it! The above image has been met with both delight and scorn in the comic book community, with a lot of the upset seemingly coming from the fact that it is a complete departure from Heath Ledger’s version of the character.

Ledger’s portrayal of the master of mirth was astonishing, a fantastic version of the classic Bat villain, but it was a variation on a character that has been around since the early 1940’s, it isn’t the definitive version of the character, it is Nolan and Ledger’s own take on everyone’s favourite psychopathic clown.

The many live action variants of the Joker, each unique in their own way. Cesar Romero, Jack Nicholson, Heath Ledger and Jared Leto.

Cesar Romero, Jack Nicholson, and Heath Ledger may have portrayed the same character on-screen, but their rendition of Batman’s nemesis was unique to each actor and time period, no live action version of the Joker (so far), has managed to completely encapsulate the Joker as he is depicted in the DC comic book universe. 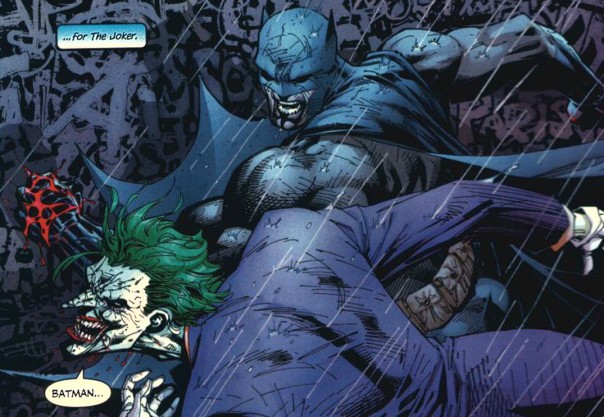 This explains why Jared’s version of the Joker has capped teeth!!

Jared Leto and David Ayer’s rendition seems closer in style to the pyschotic, demented clown from such comic book greats as Alan Moore’s Killing Joke, or Frank Miller’s Dark Knight Returns, which makes their version of the Joker an exciting prospect indeed.

The Suicide Squad movie is scheduled to be released in 2016, alongside Zack Snyder’s Batman v Superman.