Welcome back, my colossal compatriots of comic-book collecting, to our continuing countdown of cool comic cover classics. In our previous ineffaceable instalment we introduced you to the astounding artistic auteur, Alex Ross, and his perfectly painted panoramic photo-realistic take on The Justice Society Of America. This effervescent episode we shall once more unveil our trusty Bat-Signal and shine it’s scintillating spotlight on the dazzling and delightfully dynamic Darwyn Cooke, with his tantalising take on – The Teen Titans #5!

Darwyn Cooke was a Canadian writer/artist whose first offering to the wonderful world of comics was in 1985 for DC Comics’ anthology series New Talent Showcase #19. In the early nineties Darwyn snagged his dream vocation as an animator for Warner Bros, and the lead storyboard artist for the Emmy award winning – Batman: The Animated Series, which is where he met the similarly styled artist and show co-creator, Bruce Timm. In 2000, he was hired by DC to write and illustrate Batman: Ego, a graphic novel that explored the traumatised mind of Bruce Wayne and his fragile psyche. It was a phenomenal hit, and Darwyn’s epic retro tinged art, a modern interpretation of classic 30’s and 40’s golden age comic-book stylings, became an instant hit with fans, which led to Darwyn being inundated with offers for work.

In 2004, Darwyn started work as both writer and illustrator on the six issue mini-series – Justice League: The New Frontier, which was the perfect opportunity to showcase his retro reverie because the subject matter matched his unique art style. New Frontier was set in the 1950’s taking place in an alternate version of the cold war, taking inspiration from novels such as The Right Stuff  by Tom Wolfe, the civil rights movement and atomic bomb testing. This series was once again a huge hit for Darwyn and won him the exclusive Eisner award, and was later turned into an astonishing animated movie for which Darwyn co-scripted and provided art direction.

Regrettably Darwyn passed away in May of 2016 after a secret battle with cancer, he was a mere 54 years young. Darwyn is one of my absolute favourite artists, his unique and lively retro style make his work stand-out from an overcrowded comic-book market, instantly recognisable and just plain fun to look at, his tremendous talent is sorely missed.

Why Not Join Us Again Next Time, Fellow Fans Of Fantastic Fiction, For Our Continuing Countdown Of Cool And Crazy Comic Cover Collectables! 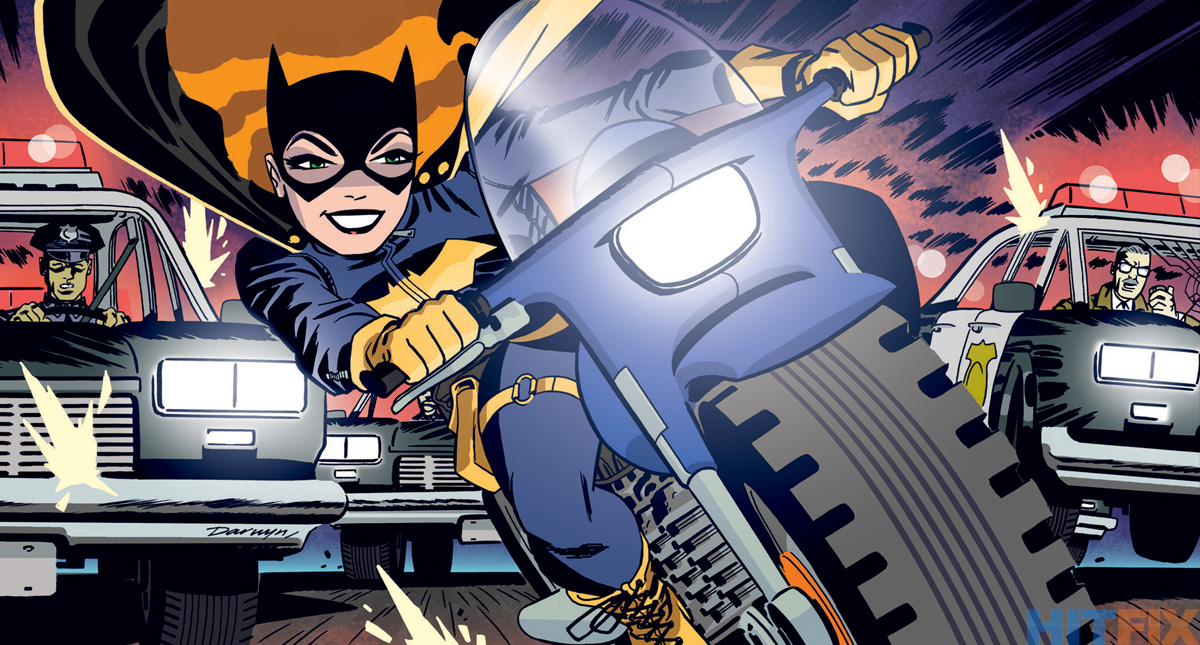 It is with great sadness that we relay the news that inimitable artist/writer – Darwyn Cooke passed away this morning after a secret battle with cancer, he was 54 years young. Peerless comic book creator Darwyn was one of the Precincts favourite artists with an almost matchless artistic technique that mixed a fresh distinctive look with a unparalleled 1940’s style finesse.

The Canadian artist’s retro style was applauded by comic book fans worldwide, and especially lauded by DC, who he had a close working relationship with. It was in the early 90’s that Darwyn was approached by DC’s parent company Warner Bros to be a storyboard artist on the iconic “Batman: The Animated Series” from here his entry into the wonderful world of comic books was assured through not just his remarkable artistic talent, but also his love of the medium itself and his humble approach to his fans.

Our thoughts go out to his family and friends at this time.

Well this is the big one, a knock down, drag out fight between the Batman and DC’s premier Supervillain the immortal Godlike being Darkseid. This issue brings us the penultimate chapter of the Robin Rises storyline that has been running in Batman & Robin for the past five issues. Batman has been fighting to bring back from the dead his son and former Robin Damian Wayne, and his journey reaches its conclusion on Apokolips with a life or death struggle with it’s ruler Darkseid. 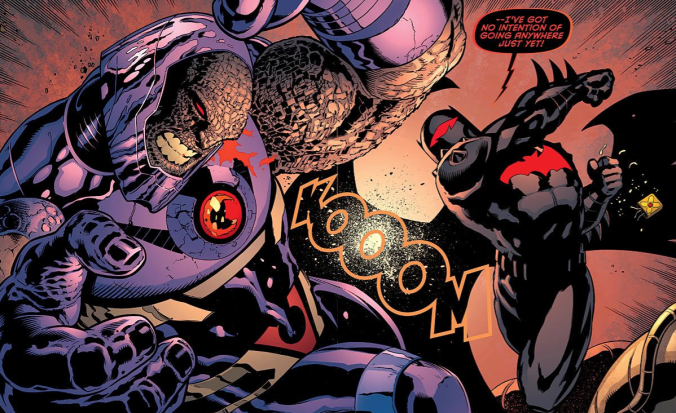 This isn’t the first time these two titans of comic book lore have fought, though the last time they did Batman found himself on the wrong end of Darkseid’s Omega beams and got vapourised! (eventually coming back from the dead, as all good heroes do), but with the possible resurrection of his son riding on this fight, Batman is more than prepared to make sure that this time he comes out on top.

The Robin Rises story has kept me wanting more every issue so far, I am a big fan of the Damian Wayne Robin and have lamented his untimely death since he was killed by the Heretic (actually an adult clone of Damian) in Batman Inc in 2013. The story comes highly recommended and this issue in particular is a highlight of the series so far.

Batman and Robin #37 is available at your local comic book emporium right now, with the cover and interior art by Mick Gray and Patrick Gleason, written by Peter J. Tomasi with an alternative cover also available drawn by Darwyn Cooke.

Why not spend the holiday season this year in the company of Mr J’s sociopathic  girlfriend, the clown princess of crime Harley Quinn, in her very own holiday special. Written by the always amazing Amanda Conner (who also drew the issue’s cover) and drawn by various guest artists including Darwyn Cooke, join Harley in three separate festive tales.

Beginning with: Bad Toy, where Harley has to find  homes for a legion of puppies and kittens, with much mirth and mayhem ensuing as only Harley can deliver. Next up is: Get Yer Cheer Outta My Ear! Harley finds that a Humbug has taken up residence in her ear, this little fella hums constantly to festive tunes, driving Harley insane and has her reaching out to an unlikely ally to rid herself of this unwelcome resident.

Our favourite of the bunch has to be Killin’ Time where the mistress of mischief shockingly discovers her first grey hair, upset by this, Harley sets out to get revenge on the person she feels is responsible  for the offending strand – Father Time! Fantastic humour throughout with some genuinely laugh out loud moments as Harley attempts to get through the festive season intact. The Harley Quinn Holiday Special is available right now from your local comic book emporium.