Thank you for convening with us down here in the Precinct’s creepy Comic Crypts for this hellacious Halloween special, so why not pull up a tombstone as we take a terrifying tour of the dark side of DC!

And our blood-curdling beginning for this phantasmic post is none other than DC’s haunting – House Of Mystery. The House of Mystery was an anthology comic first published by DC in 1951. It initially ran for 173 issues and featured terrifying tales of the weird, wild and wacky, set within the ritualistic realms of mystery and science fiction. From issue #174 the lauded series switched to a hardcore horror anthology, presented by Cain the Caretaker and introduced new series such as I… Vampire, which originally started as a back up story but was such a massive success with the fans, it became the ongoing apparitional anthology’s main feature.

The spooky sister title to the House of Mystery was another anthology series that set it’s sights on the macabre and is most notable for introducing us to the character of Swamp Thing, DC’s heroic quagmire residing defender of the green. First published in 1956, The House Of Secrets introduced several other of DC’s supernatural entities including Mark Merlin and Eclipso, Doctor Rocket, and the fantastically named – Moolah the Mystic!

We would be neglecting our darkly devilish duties if we didn’t include, quite possibly, THE greatest supernatural comic book anti-hero of all time, occult detective – John Constantine. First published by DC Comics in 1988, and then subsequently by its adult imprint – Vertigo in 1993, the series followed John as he negotiated his way through heaven, hell and beyond, utilising his innate talent in manipulation, deceit and guile, arguably for the greater good. The series was one of the longest running and most successful of DC/Vertigo’s titles and was a notable stepping stone for many British writers and artists, Brit contributors included – Garth Ennis, Jamie Delano, Andy Diggle, and Pete Milligan.

Justice League Dark malevolently materialised onto the comic scene in 2011, a supernatural superhero team-up series that combined the terrifying titular talents – John Constantine, Zatanna, Etrigan the Demon, Swamp Thing, Deadman, Doctor Fate and, on occassion, the dark and surly one himself – The Batman. Their remit was to investigate mystical threats, and demonic incursions which were deemed outside the scope of the more traditional capes and tights crew of The Justice League of America. 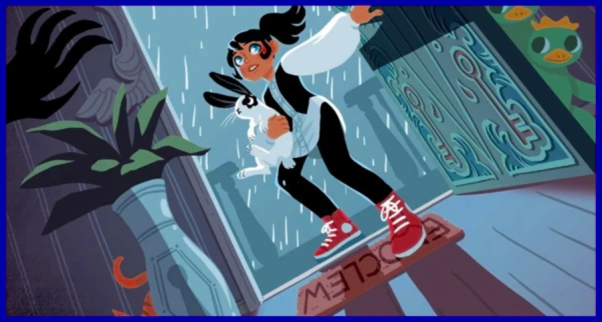 If you’re looking for a suitably creepy but freakishly fun DC Comics read this All Hallows Eve, may I recommend the sublime – Zatanna and the House of Secrets, a spooky journey through the mysterious and magical realm of the mystical mistress of magic herself – Zatanna! and you can read our glowing review Right Here.