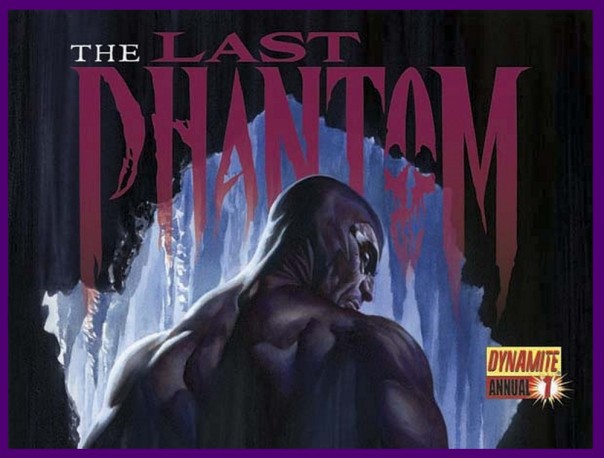 You may have noticed… I’m a DC Comics fanatic, I grew up living and breathing their fictional worlds since the age of six when I first discovered the dark and surly one known as, The Batman. At age nine I encountered the astonishing Amazon, Wonder Woman for the first time and she quickly became my favourite comic book character of all time, even surpassing my adoration for the Caped Crusader.

Over many years I have immersed myself in the continuing stories, relationships and camaraderie of the many spandex clad heroes and villains of DC’s universe, there was one hero though, who wasn’t part of DC lore, he didn’t exist in the same universe as Wondy, Bats, Starfire and all the other characters I adore, this indigo hued interloper into my safe environment of a comic-book company I love was the hero that actually started it all, the original masked crime-fighter, The Ghost Who Walks… The Phantom!

Published by Dynamite comics under licence from King Features Syndicate, the Last Phantom is a modern retelling of the 21st Phantom, Kitridge Walker, who forsakes his centuries long heritage as a masked crime-fighter, instead choosing to help the people of his home of Bengali (aka Bengalla) through his charitable organisation Walkabout. But after his wife and son are killed by forces looking to control Benagali for their own nefarious purpose, Kit must begrudgingly take up the mantle of his forebears and show the world that wherever darkness and evil dwells, The Phantom will always be close by.

This particular retelling of the classic Phantom of old has been rather divisive amongst fans, the Kit Walker portrayed here is very much a divergent character to the noble and clean cut hero of yore, but that is the point of a modern reboot, to bring the character kicking and screaming into the present, making him more contemporary for newer audiences. This book does that, and rather wonderfully too, a story of redemption and the honouring of one’s heritage and birthright. This new Phantom may be different from his progenitors, but he still stands for the same morals and precepts of all the Phantoms who came before him.

This fresh reiteration of the Man Who Cannot Die has actually become one of my favourite versions of the character. An absorbing and enthralling tale awaits, fellow phans, delivered by super scribe Scott Beatty, with fantastic interior art by Eduardo Ferigato, not forgetting the absolutely astonishing covers by the habitually sublime Alex Ross, who pays homage to both new and old variants of Kit Walker’s classic character. Highly recommended. 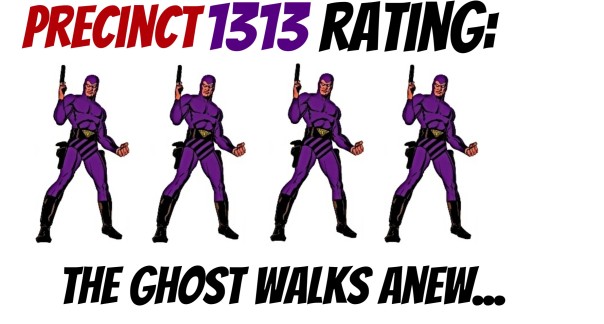