“Aah, welcome fellow agents of Precinct1313, you’re just in time to follow Eldritch (the precinct’s resident carrion crow of woe) and myself down to the infamous ‘Scrying Chamber’  Within this portentous room stands a single stone tablet upon which sits an ominous black crystal ball that not only has the power to decipher the future, but also, recreate the past through vivid evocation.” 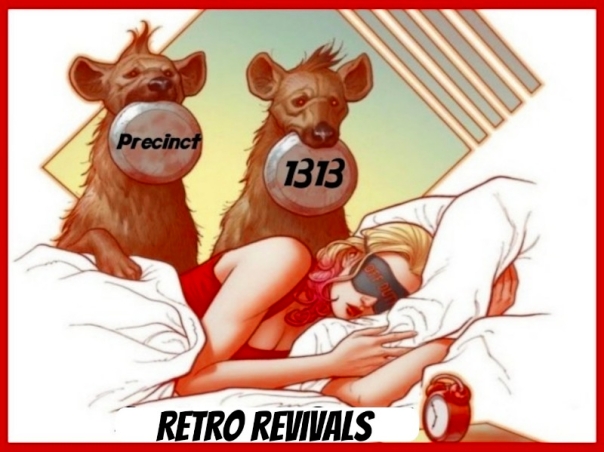 “And, we have arrived, please approach the sphere of prevenience carefully and gaze deeply into it’s sanguine depths until something from the Precinct’s posting past begins to take shape… “

“So how about we relive the pestiferous pairing of Hellacious Harley Quinn and the Main Man himself – Lobo, from this portentous post from the past, first published 3 years previous… “ 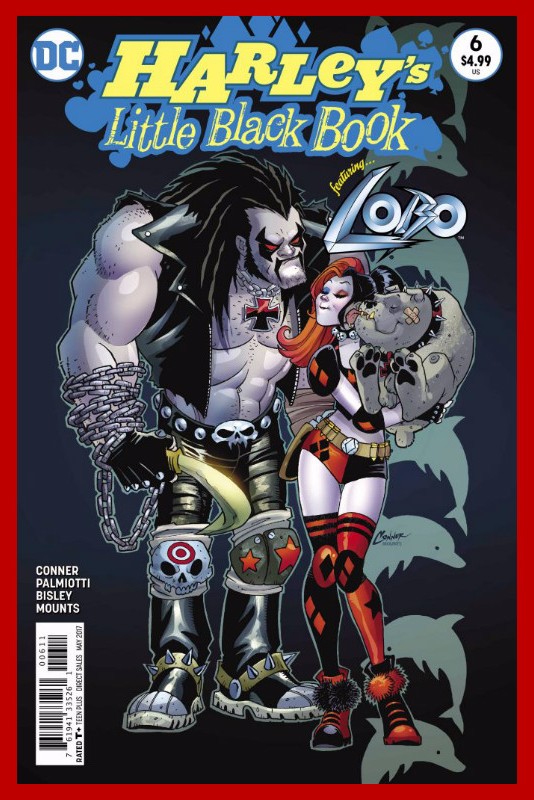 “Feetal’s Gizz” why didn’t anyone think of this pernicious pairing before now (OK, I admit, it didn’t even cross my mind until I saw the previews for this latest issue) but the Main Man and the Mistress of Mayhem teaming up is a match made in heaven (actually, in their particular case, Hell) That’s right my DC Comics’ loving compatriots, Harley Quinn and Lobo are together at last, and it’s as unpredictable, chaotic and crazy as you could imagine… which is great! 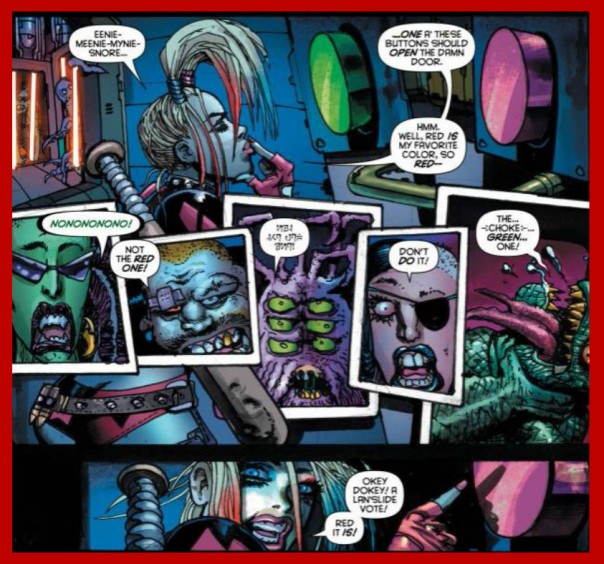 Now I’m sure that by now, even if you aren’t a huge fan of reading comics (tell me that ain’t so) you all know who the hellacious Harley Quinn is, but maybe you have never crossed paths with the invincible, space biking Czarnian psychotic Lobo, well never fear… the Precinct is here, and you can read up on the Main Man’s troubled history right here… phew! are you still with us after that briefly violent respite into Lobo’s malevolently malign backstory, you are!? In that case you will love this delectably dangerous duo’s teaming, and there is also icing on this deliciously depraved cake in the form of artistic auteur Simon Bisley! 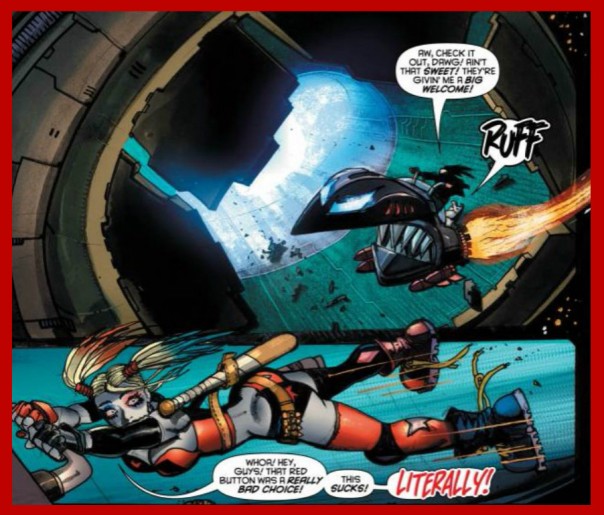 British artist Simon Bisley is the person most people think of when referring to Lobo, thanks to his stellar work on the character throughout the 90’s, alongside Keith Giffen they made Lobo a household name to comic book aficionado’s across the globe. ‘It’s good to be bad’ was pretty much their mantra, and Lobo is so bad, he makes Harley seem (almost) angelic in comparison!

This book contains so much toilet humour, sexual innuendo, extreme ultra violence and offensive material that it probably shouldn’t be read by anyone… well anyone who is offended by such things, the rest of us should just dive on into a fantastically funny comic brought to us by that dynamically delightful writing duo Amanda Conner (who also drew the classic cover) and Jimmy Palmiotti, once more showing us that as far as comedic storytelling in comic books is concerned, they are the unequivocal vituosi of the art. 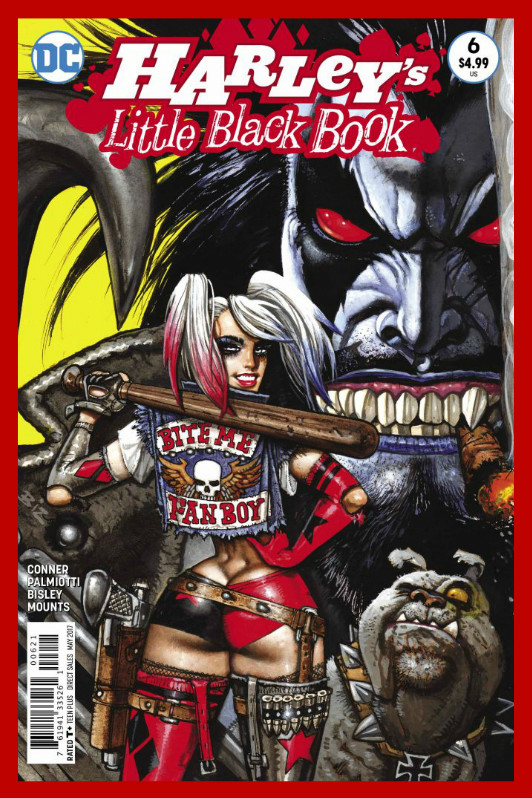 “Lobo’s back, the main man and Harley Quinn have a lot in common – motorcycles and mayhem for starters, so it’s long past time they found each other! This could be the start of a fraggin’ beautiful friendship… or they could destroy the planet. Or both! it can be two things!”

Harley’s Little Black Book #6 is available at your local comic book emporium right now. Brought to you by – Amanda Conner, Jimmy Palmiotti and Simon Bisley… go and fraggin’ buy it, you don’t want Lobo to find out you didn’t!!