Welcome fellow agents of Precinct1313 to another episode of  ‘The Week In Geek’  where we love to share our favourite – Comic book, Video-Game, and Cult Movie news for your perusal and pleasure. And so once more unto the geek dear agents, once more…

A Brooding Robin Captured On Camera…

The shadowy, brooding side shot of the Boy Wonder encapsulates perfectly the classic comic-book character, and even though it’s not a full body shot, the design clearly follows Robin’s signature look, from the red and green hued costume, to the recognisable “R” symbol on the left breast. The costume design is by industry veteran Laura Shannon, who has previously worked on Iron Man and DC’s incoming live action version of Black Lightning.

The Titans live action series is due to debut next year on DC’s upcoming digital streaming service.

Batman + Medieval Japan = Too Much Bloody Awesomeness For Mere Mortals (In Fact, I Think My Head May Just Explode From The Excitement Of It All)… 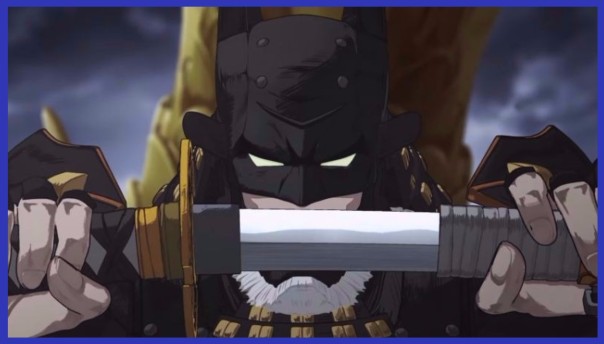 This, this is freakin’ amazing!… as if Gotham’s grim guardian, The Batman, isn’t already the coolest Superhero ever conceived, DC Comics and Warner Bros animation only go and throw him (plus his nearest and dearest foes, and allies) back in time to medieval Japan, where they become entangled in a provincial power struggle.

The film is directed by Jumpei Mizusaki, who expressed that the film is definitely more of  reflection on how Japan sees Batman, as opposed to how Batman perceives Japan. Indulge in the sublime trailer included below fellow Batfans! (and do try not to let your head explode from the exhilaration, it really can cause quite a mess!)

The Triumphant Return Of Booster Gold Is Nigh (Finally!)… 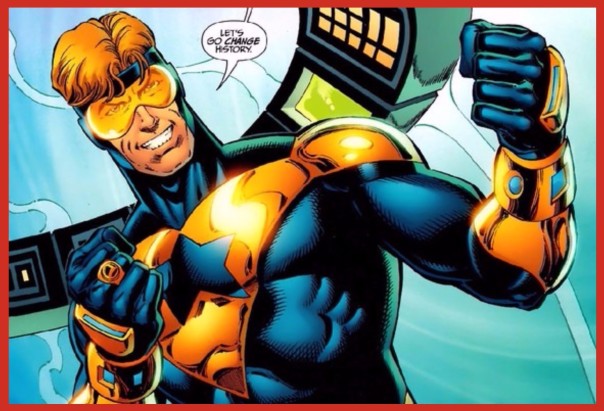 The bombastic and much beloved Booster Gold will be returning to the DC Universe in Action Comics #993, courtesy of his original creator Dan Jurgens. Cult character Booster has been conspicuous by his absence for quite a while now, and his multiple fans have clamoured for his rapturous return.

Booster (real name – Michael Jon Carter) the self promoting, glory seeking, time travelling hero from the future first appeared in February 1986, created by writer/artist Dan Jurgens. Using his knowledge from future events and advanced technology he became a self styled Superhero with a love for fame and fortune.

Though initially a swaggering and attention seeking showboat, Booster over the course of time, via interactions with other costumed heroes and through personal tragedies finally became the candid and unwavering Superhero he always dreamed of becoming, though ultimately weighed downed by the false pretence of the previous reputation he created for himself. Oh, and he’s also one half of the greatest comedic comic-book duo of all time Blue and Gold (along with his ol’ pal Blue Beetle – Ted Kord)

Blue Beetle And Booster Gold – The Greatest Comic Duo Of… All… Time!!

Booster will return from the future once more in the two part tale “Booster Shot” in issues #933 and 934 of Action Comics ( we need a Blue and Gold movie… right now DC… right goddamn now!)

Why Not Join Us Again Next Time Friends For More Week In Geek.