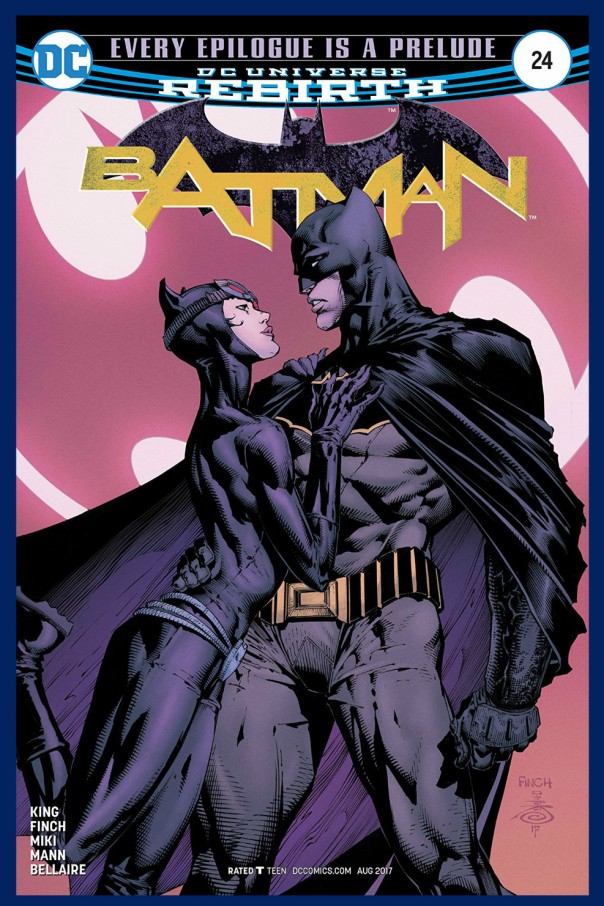 The Bat, The Cat… And Wedding Bells!

Where exactly do Superheroes get married anyway?… mmmmmm, I’m getting ahead of myself here. Welcome my comic collecting cohorts to another instalment of Comic Cover Of The Week, and this week our splendiferous spotlight of excellence falls upon Batman Rebirth #24. This illustriously illustrated issue is brought to you by those ceaseless composers of comic-book craft – Tom King, Danny Miki and David Finch.

Writer Tom King sure knows how to weave a compelling tale or two, it has to be said, his run on the the Rebirth Batman title has been nothing less than astonishing. His prodigious writing talents run the gamut of horror, thriller, good old fashioned heroics and comedy… narrative-wise, he really is the King (pun most definitely intended!)

Batman #24 is an emotionally charged issue from beginning through to emotive end, the Bat, the Cat and wedding bells? it’s certainly a possibility as Gotham’s grim guardian sensationally gets down on one knee to propose to the feisty feline felon known as Catwoman. So will this mean a happy denouement to the trials and tribulations of the dark and scary one’s overtly complicated and melancholic life? Maybe, but I wouldn’t hold your breath, this is the Batman we’re talking about here, when has his life ever involved anything more than tragedy and vicissitude. 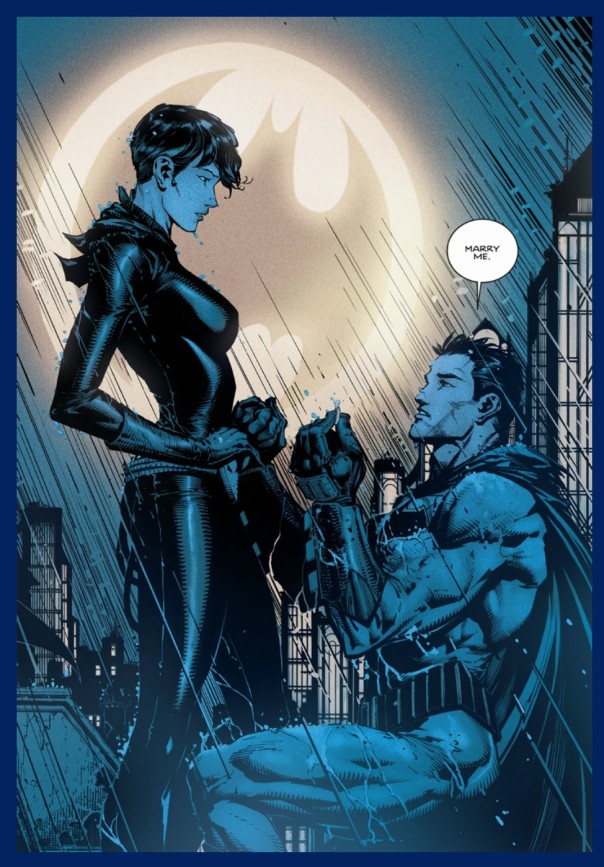 “Aftermath!” Gotham City is at peace… but a war is coming. Armed with the terrifying knowledge gained from the mysterious button, Batman must prepare for the coming storm by making a proposition to one of his enemies… one that may change everything for the Dark Knight and his allies.”