Welcome fellow agents of Precinct1313 to another episode of  ‘The Week In Geek’  where we love to share our favourite Comic Book, Video-Game, and Cult Movie news for your perusal and pleasure. And so once more unto the geek dear agents, once more…

‘By the canescent collar of Cerberus’ will June be a month of serious Amazonian revelry and celebration, for not only will we be witness to the Themysciran Titan’s big screen solo escapades on June 2, but DC Comics have also announced that June 3 is officially Wonder Woman day! That’s right, my awesomely amazing Amazonian affiliates we’re talking a full weekend of wondrous festivity in the company of the world’s finest fictional female, so let’s all praise Hera.. for this truly is a gift from the glorious Greek Gods themselves!

Judge Dredd Will Soon Be Passing Judgement, In Your Living Room!..

The British comic book icon is set to star in his very own series thanks to 2000 AD owners Rebellion teaming up with IM Global. Rebellion have announced that development of the series is currently underway, and the cast will be unveiled soon. The series will be filmed in the UK and overseen by Rebellion themselves, which makes us supremely confident that it will remain ever faithful to the popular character.

Rebellion owners, Chris and Jason Kingsley said: “We are very excited to be beginning the journey of getting Dredd’s Mega-City One on the television screen, thanks to the legion of fans who have kept up pressure on social media. We aim to make a big budget production that will please our fans and the general screen watching public alike.” 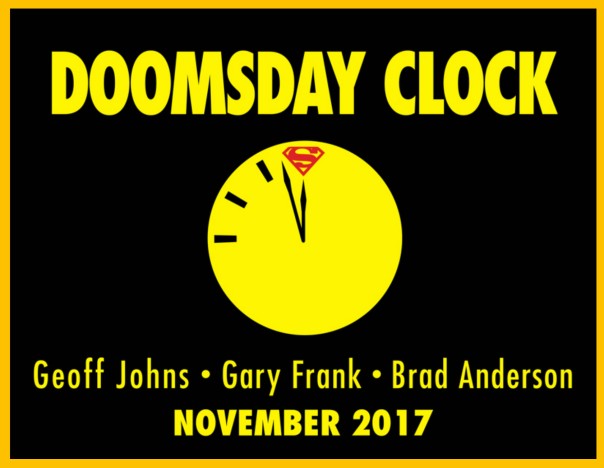 Who or what is behind the reality shifting events of 2016’s biggest selling comic DC Rebirth? superstar scribe and DC Entertainment President Geoff Johns will reveal all when the mini-series ‘Doomsday Clock’ launches later this year.

“It’s Watchmen colliding with the DC Universe” Johns told SyfyWire, “It is the most personal and epic, most utterly mind-bending project I have worked on in my career.”

At the beginning of the year Geoff Johns revealed his return to comic book writing by releasing a teaser image of Dr Manhattan on his Twitter stream, and his upcoming Doomsday Clock mini-series will ultimately reveal the intention behind Doc’s machinations, and their massive ramifications for the DC Universe, oh and Superman and Doc will clash in epic fashion!!

Alongside offering answers for Rebirth, the mini-series will also explore the the core nature of humanity that differentiates Superman and Dr Manhattan as characters (aside from them punching the hell out of each other, of course!)