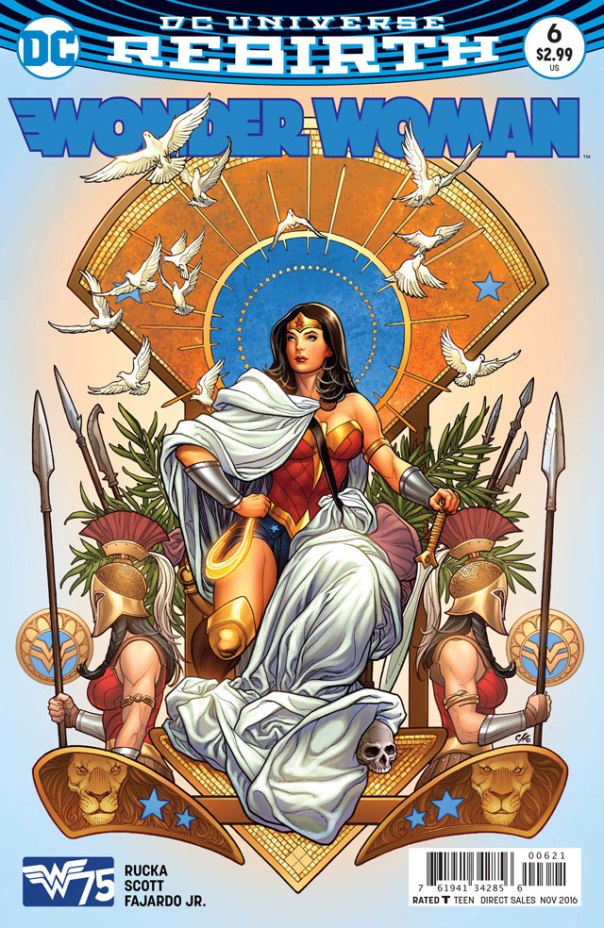 Welcome my comic collecting cohorts to another instalment of ‘Comic Cover Of The Week’  and this week’s wonderfully wrought cover is brought to you by the fantabulous Frank Cho.

Wonder Woman Rebirth has been a rather wondrous soft reboot of DC Comics’ premier Superheroine. After nearly 75 years in print, Diana’s history has become rather convoluted, in comparison to her Trinity stablemates – Batman & Superman, the amazing Amazon’s past has been, at times, in conflict with itself. Is she the daughter of Zeus? or was she formed of clay and brought to life by a pantheon of Greek gods? These questions and many more have been asked by the fans over the last seven and a half decades of her virtual existence. 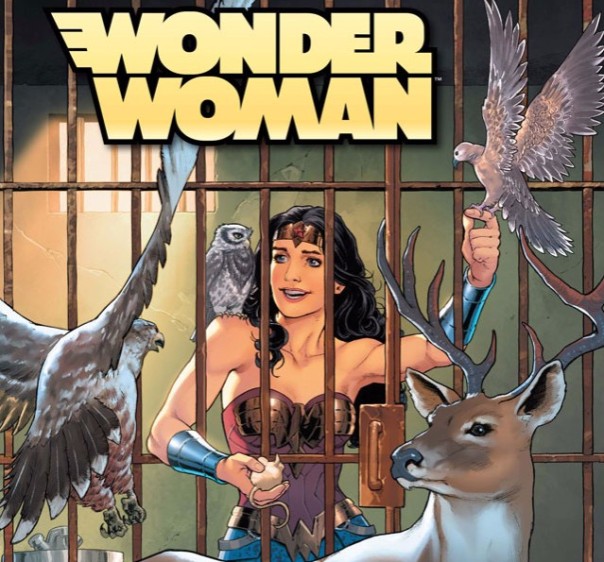 Her byzantine history is finally being definitively addressed through DC’s ‘Rebirth’  a soft reboot of their entire universe of characters, that will finally provide an answer to those many questions posed by her faithful fans.

The Rebirth series is split into two alternating titles, written by the groundbreaking Greg Rucka, with rotational art duties performed by nifty Nicola Scott and luminous Liam Sharp. Wonder Woman Rebirth expertly focuses on two halves of her life, her ongoing adventures during the modern era and her ‘Year One’ origin story. 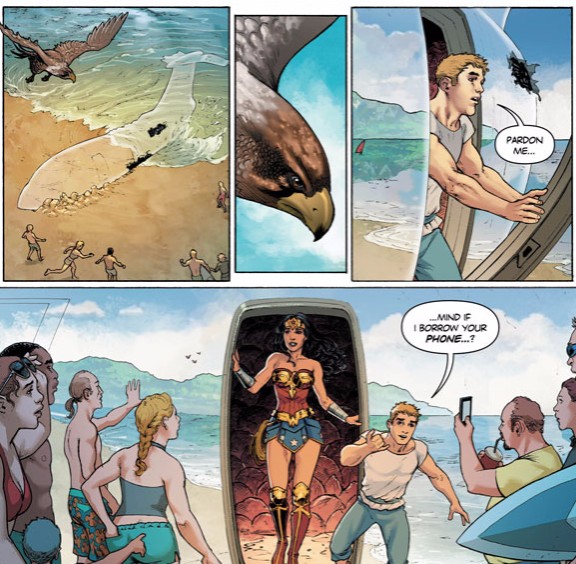 Wonder Woman #6 finds the awesome Amazon encountering the world outside her paradise home of Themyscira for the first time, alongside her cicerone, Steve Trevor. Unable to understand the language or customs of these outsiders, Diana’s day becomes increasingly embroiled in mishap and misunderstanding.