← The Comedian’s Quote Of The Week
Task Force X Resurface… →

Comic Cover Of The Week: Batgirl #50

Welcome my comic collecting cohorts, and this week’s captivating cover celebrates the 50th issue of Batgirl’s latest ongoing monthly series. Babs has gone through quite a significant change since this new series was introduced way back in the 2011 DC reboot – ‘The New 52’.

Barbara Gordon had not donned the Bat suit since the tragic events of the 1988 ‘Batman: The Killing Joke’ storyline where she was shot and paralysed by the Joker. Undeterred by the event Babs became the wheelchair bound character known as the Oracle, and used her vast intellect, photographic memory and extensive knowledge of criminal networks to continue her crime-fighting career, beginning by anonymously offering her services to Amanda Waller’s Task Force X (aka – The Suicide Squad) before eventually forming the Birds of Prey team, that included lifelong friend Black Canary and The Huntress in its initial line up. 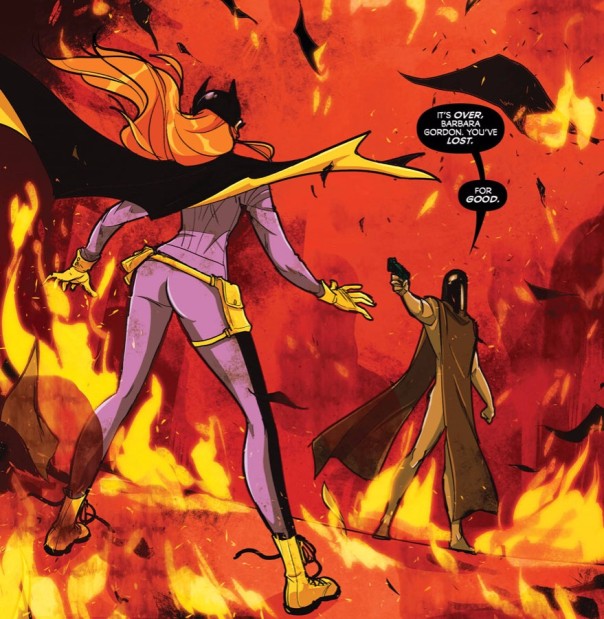 In 2011 Babs triumphantly returned as Gotham’s flame haired guardian after the company wide relaunch of its new continuity following on from the ‘Flashpoint’ mini series saga. In this new and revised version, the Killing Joke incident happened three years previously, and whilst she had still spent time in a wheelchair as the Oracle, she had regained mobility in her limbs through experimental surgery in a South African private clinic. Gail Simone, the writer tasked with bringing Babs back to the costumed avenger fold remarked that her fictional recovery was based upon real life cases of paraplegia, and instances of PTSD experienced through traumatic life events, which gave the series a more realistically grounded and emotional set up. 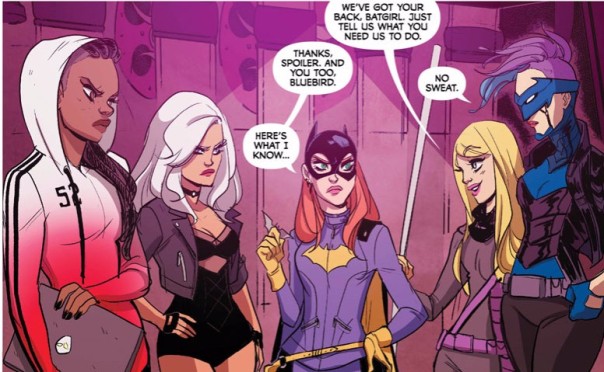 In 2014, Batgirl’s title underwent a minor reboot, with a new creative team brought onboard that included, Brenden Fletcher and Cameron Stewart on writing duties, with the cool and quirky art style by the appropriately named Babs Tarr. Injecting more humour and giving the readership a somewhat lighter approach to the character, effectively enabling Babs to escape, to a certain degree, from her trauma at the hands of the Joker. This soft reboot has proven popular amongst fans, bringing Babs back in line with the fun loving masked adventurer seen previously to the Killing Joke incident.

← The Comedian’s Quote Of The Week
Task Force X Resurface… →