The scene is set for DC Comics’ biggest ever Comic-Con next month in San Diego, with their arch rival Marvel strangely sitting out of the world’s largest and most popular comic book convention, DC will be making the most of their absence with a massive showing of their upcoming cinematic universe. DC will have the convention floor to itself and will, if rumours are to be believed, roll out all their big guns including sneak peeks at their two big movies for 2016, Zack Snyder’s Batman v Superman: Dawn Of Justice and David Ayer’s Suicide Squad. 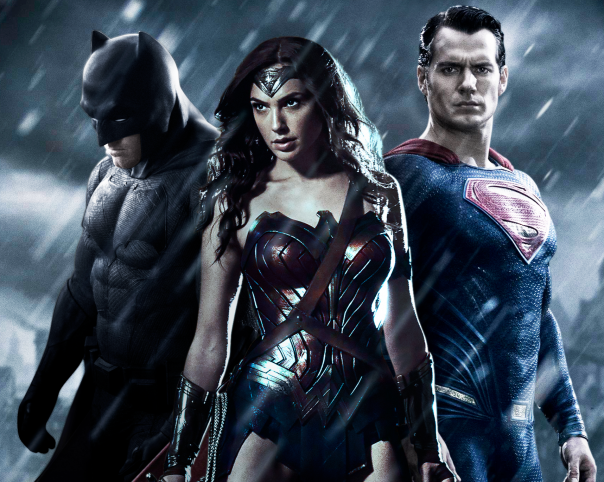 DC stole the spotlight at this years CineEurope Film convention and trade show, by showing exclusive footage from both Batman v Superman and Suicide Squad,though the footage has at this point, unfortunately not been made available to the public at large, it is expected to be shown in its entirety at this years SDCC. There are also rumours that news or maybe even pre-production footage may appear for both the planned Wonder Woman and Aquaman movies (starring Gal Gadot and Jason Momoa respectively.)

It is also surmised that we may be hearing more news on Ben Affleck’s solo outing as the Caped Crusader in the planned 2018 movie tentatively titled “The Batman”. The film itself will be directed by Affleck, and it is also possible that Chris Terrio, the writer of one of Affleck’s previously directed movies “Argo” will be taking the writing reins for the Dark Knight’s new film.

Green Lanterns John Stewart and Hal Jordan may take the stage at SDCC 2015!

Also expected at SDCC 2015 will be news about the reboot of the Green Lantern movie, after the poor performance of the 2011 Ryan Reynolds helmed film. And in a surprising move, it looks like Warner Bros and DC have already picked the actor who will be playing Hal Jordan, Captain of the Enterprise himself, actor Chris Pine. It is strongly believed that Pine has been offered the role of the titular green space cop, even though it was previously thought he would be inheriting the role of Steve Trevor in the upcoming Wonder Woman movie.

Little has been mentioned about the new GL film, though it looks increasingly likely that this time we shall be getting two Green Lanterns for the price of one, as Hal Jordan, it is presumed, will be be sharing Space Sector 2814 alongside fellow Lantern John Stewart, with Warner Bros expected to confirm the name of the actor who will portraying Pine’s co-star at SDCC.

So, exciting times ahead  fellow DC fanatics. The San Diego Comic-Con runs from July 9 through the twelfth.