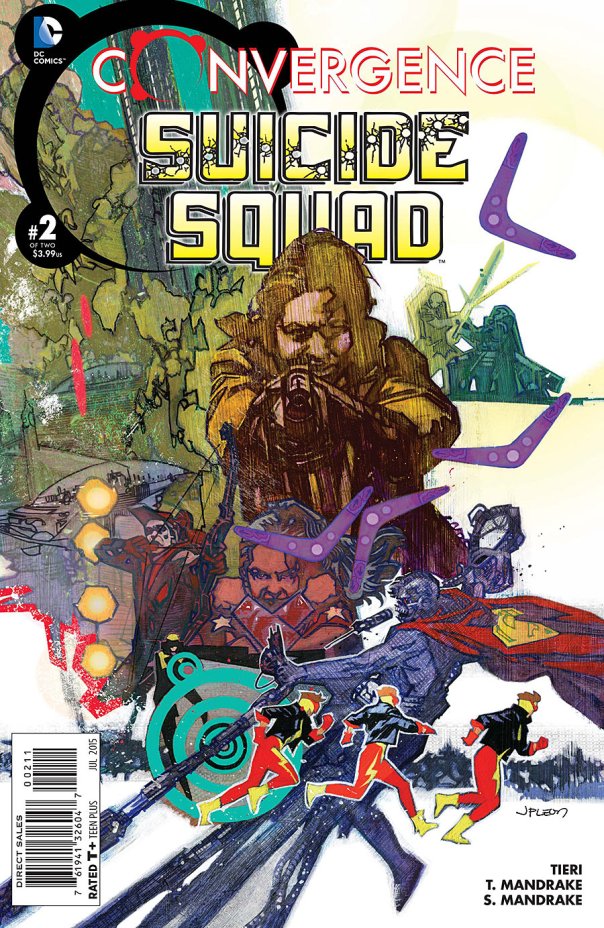 New comics Wednesday is upon us once more, and of this week’s new releases, the stand-out cover for this particular DC fan is; Convergence: Suicide Squad #2. A stunning cover that evokes a real 70’s grindhouse movie poster look.

A classic line up of Suicide Squad members come together to face off against the heroes of the 90’s mini-series, Kingdom Come. With all the attention on David Ayer’s upcoming movie version of the Squad, this line up includes many of the characters that will be appearing in the film adaptation including, Amanda (the Wall) Waller, Captain Boomerang and Deadshot.