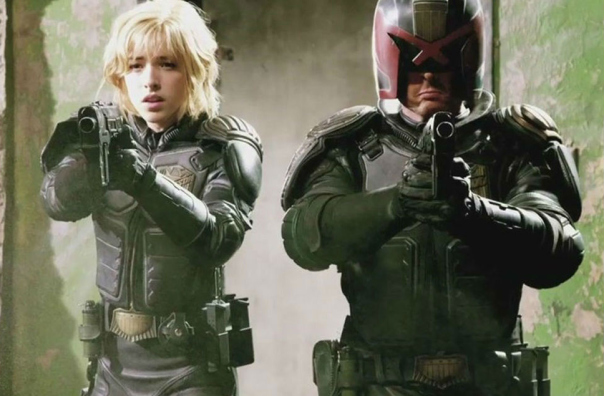 Though primarily I am what most people would call a DC Comics ‘fan-boy’ (and they would be correct!), I am also a ‘Brit’ so grew up reading and loving 2000 AD, especially their primary star – Judge Joseph Dredd, arguably the most famous British comic-book character of all time. 2000 AD was first published in the UK in 1977, it was an amalgam of different characters per issue but always had one constant that ran in almost every single issue … Dredd.

Judge Dredd was created by writer John Wagner and artist Carlos Ezquerra in 1977 and made his first appearance in 2000 AD #2. Wagner had created many other grim and gritty characters in his career and Judge Dredd is the ultimate culmination of this, an authoritative, almost fascistic, grim and determined keeper of the law, a Dirty Harry of the future but with none of the levity of Clint Eastwood’s famous character. Judges are the ultimate peacekeepers in the future city of Mega-City One, Judge, Jury and Executioner … they literally are the law. 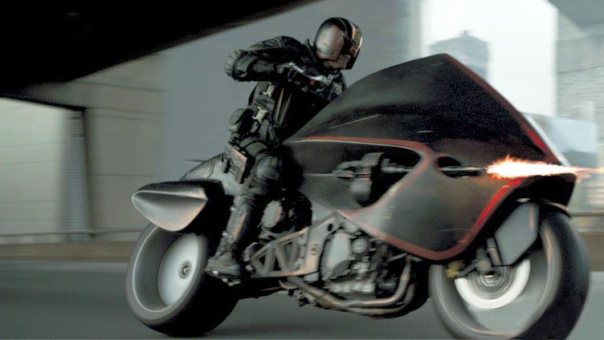 The 2012 Dredd movie is as close to it’s source material as it could possibly hoped to have got, this really hinged on getting the right actor to portray a character that is much loved by it’s very vocal fanbase, after what turned out to be a disappointing outing of the character in the 1995 Sylvester Stallone helmed version of Judge Dredd (fun movie … bad Dredd movie) It was ever more important to cast it well. Luckily they hit the jackpot with the brilliant (and still a little underrated) Karl Urban, a fine actor whose  portrayal of Dredd is spot on, monotone, determined and to the point, exactly as Dredd would be.

Alongside Dredd in the movie is the second most famous of the Judges – Cassandra Anderson, my own personal favourite character from 2000 AD. Anderson is a member of the famed PSI division of the Judges, she is a very gifted and powerful psychic. Olivia Thirlby fills the Judge boots of Anderson in the film and again ends up being another extremely great piece of casting as she almost steals the movie with a fantastic and emotional performance of the gifted but troubled rookie Judge out on her very first patrol, with her future career ultimately being determined by Dredd himself. 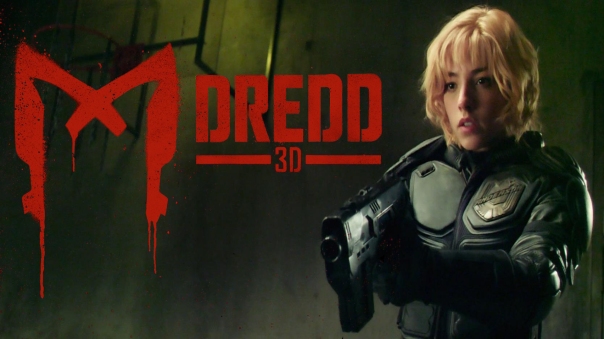 Working out of the Halls of Justice, the Judges are the last line of defence in the future city of Mega -City One. Walled off from the irradiated wasteland outside known as the Cursed Earth, this metropolis comprises 800 million citizens, living in close proximity, crime and chaos is rife and the tide is held back by just a few thousand Judges. It is here that we meet Dredd, the ultimate lawman, as he and his new cadet, Judge Anderson investigate a multiple homicide at the mega complex of Peach Trees.

The investigation ultimately leads Dredd and Anderson to the movie’s villain – Ma Ma, the sadistic and badly scarred Queen of crime and leader of one of the sectors biggest and baddest gangs and largest trafficker of the super drug Slo-Mo. Ma Ma is played by English actress Lena Headey, best known for her roles in Game of Thrones and 300, Headey’s portrayal of the psychotic Ma Ma is excellent, grounded but at the same time chilling and unsettling. 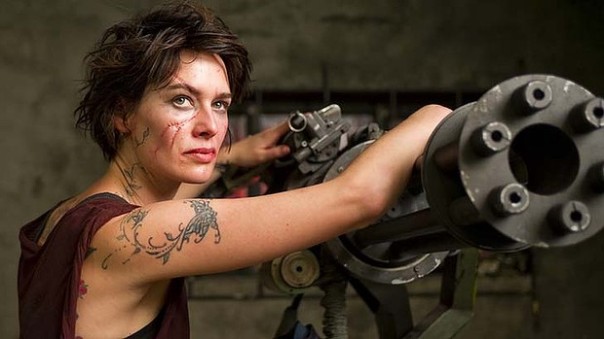 Though we only get a brief glimpse of the city itself as most of the movie takes place in the Peach Trees Mega-Block, what we are given is a sprawling dystopian vision of the future, a run down collection of ugly grey Mega-Scrapers and giant motorways in the sky, exactly the sort of enviroment  that would breed a murderous villain like Ma Ma and a grim protector of the innocent like Dredd.

Director Pete Travis and writer Alex Garland present us with a violent, gritty comic-book world inhabited by super cops and maniacal villains and it pulls no punches, it deserves its 18 rating with some graphic and overt action sequences, Dredd’s world is a dark and desperate place teetering on the brink of self destruction. The ultimate test of the film’s success lies inevitably with the fanbase, and Dredd is universally loved by it’s fans, and even though box office receipts were initially disappointing, Dredd has ultimately recouped its budget, though a sequel is still unconfirmed the film’s creators, actors and fans strive to bring Dredd back to the big screen once more, Hopefully this will be sooner rather than later as this particular Dredd movie is fantastic and is highly recommended to all fans of the comic character himself and anyone into violent sci-fi action movies.