Damn you Kotobukiya for making such awesome statues and figures, because we just can’t help ourselves when it comes to the characters we love, we just have to buy them…and their latest reveal is something we have wanted for a very long time indeed, it has risen to the top of our most wanted list and is definitely the next addition to the Comic Crypt’s shelves. 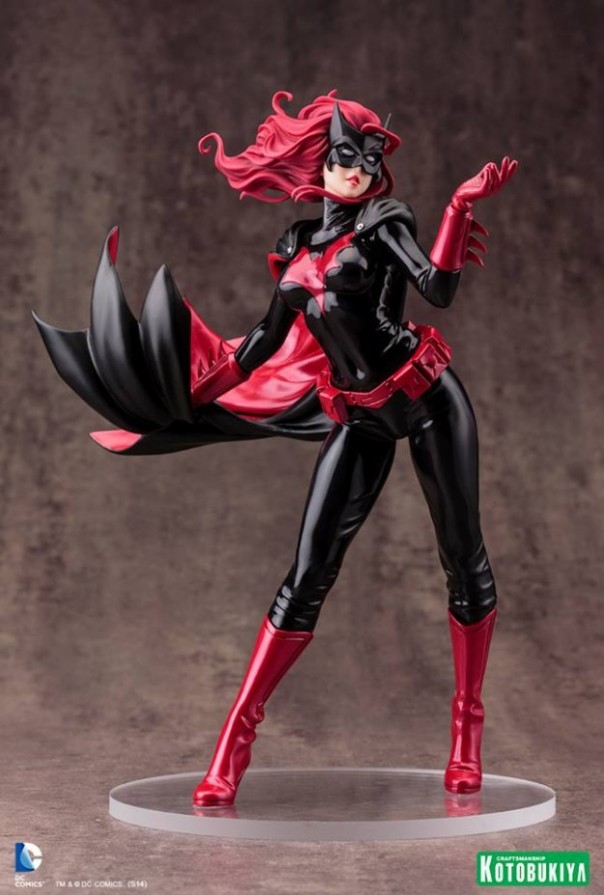 Meet Batwoman, real name Kate Kane…Batwoman is one of our favourite female heroes of all time (number 5 in Precinct1313’s favourite comic-book characters). Batwoman was created by Bob Kane and Sheldon Moldoff in 1956, it was decided at the time that Batman needed a larger supporting cast of heroes in Gotham City and so Ace the Bathound, Batmite and Kathy Kane  – Batwoman were given life in the pages of Detective Comics and Batman. 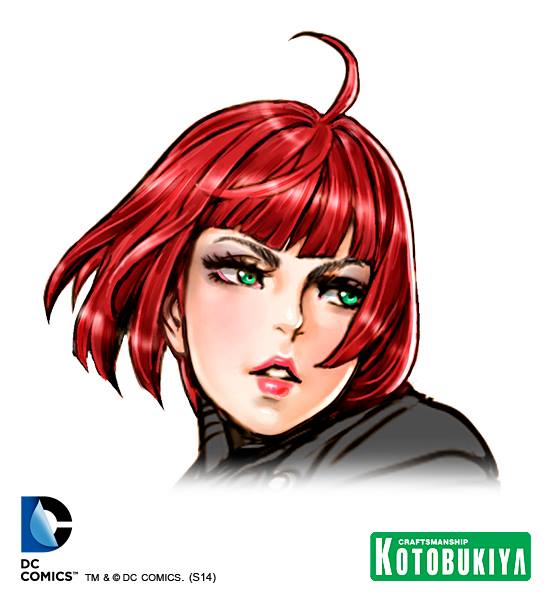 Kate was initially added to also introduce a love interest for Bruce Wayne, but by the mid 1960’s when DC editor Julius Schwartz took over the Batman titles he decided to remove as he called it, ‘non-essential characters’ from the Batman mythos and unfortunately one of the victims of his editorial spring cleaning was Batwoman. Then after close to forty years Batwoman returned, like the proverbial phoenix when she was re-introduced into the DC universe during the weekly comic-book series: 52. 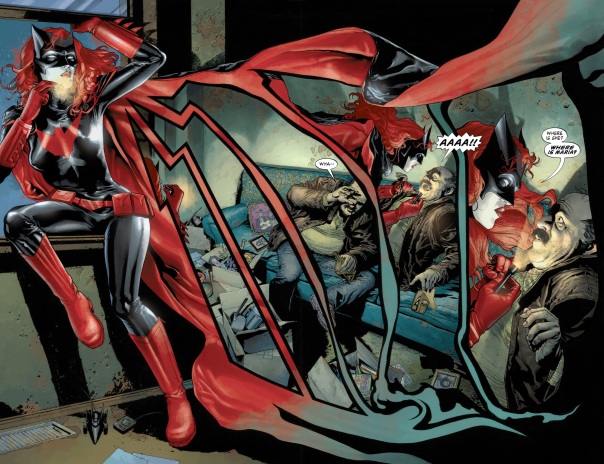 Artwork by the amazing JH Williams.

This version of Kate was vastly different to her predecessor. Strong independent and ex-military, she was also no longer a mere love interest for Batman, much was made of her introduction as a lesbian character, DC got both good and bad press about this decision, ultimately it was Kate’s strength of character and the amazing writing and art which were both handled by the awesome JH Williams that made her comeback so successful for DC. She is now their second biggest selling female Superhero after the awesome Amazon…Wonder Woman. 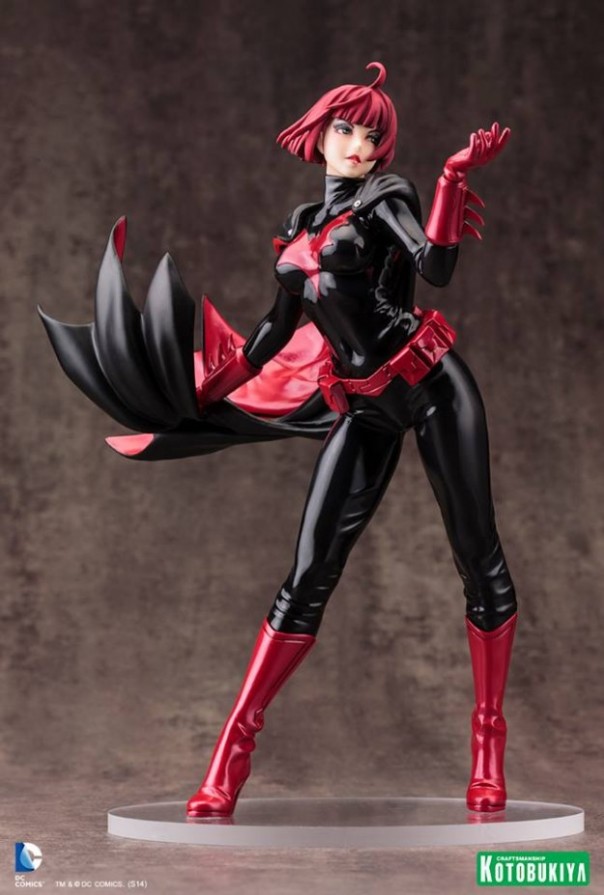 The Kotobukiya Bishoujo statue of Batwoman is once again designed by the very talented Shunya Yamashita, standing 1/7 scale, approximately 10″ in height. The detailing is fantastic with the red and black gloss paintwork contrasting extremely well, her mask is removable so that you can see Kate’s beautiful pale features below. Kate stands with her hand outstretched and her red and black cape billowing behind her. No official release date has been given as yet, but Kotobukiya have said you can expect to see Kate adorning your local comic-book shop shelves sometime in early 2015, not sure we can wait that long! 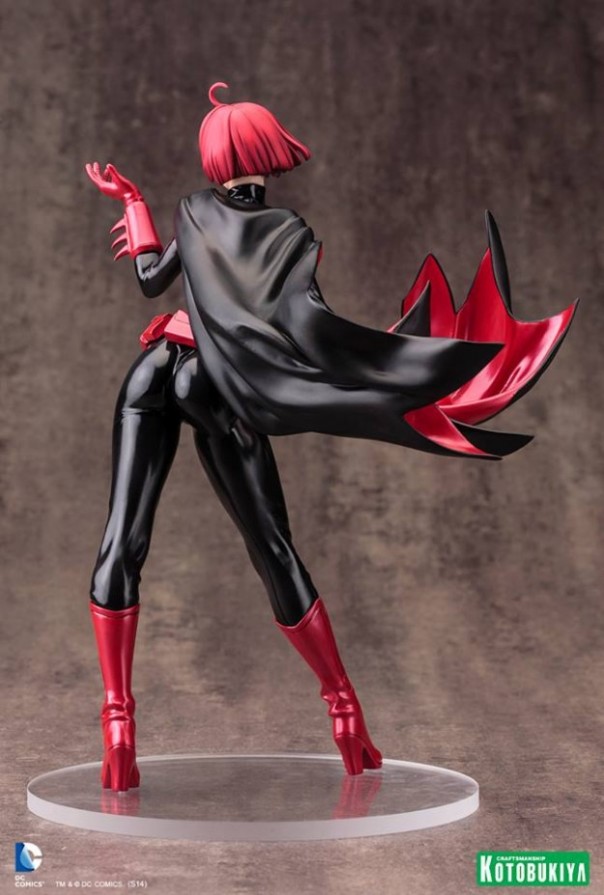