Greetings friends, as I said in my last post about the London Film and Comic-con, I was inspired to cosplay at next years event. So, did I choose some thing nice and easy?… of course not! I have chosen to make a full set of Terminus Assault Armour from the game –  Mass Effect 3 (It was also in ME2 as a pre-order unlock). 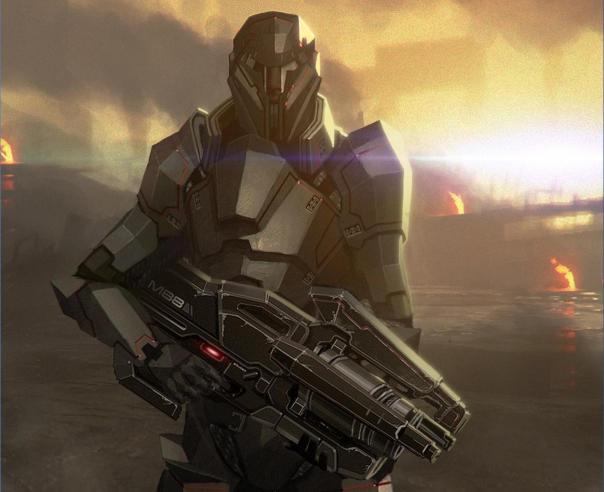 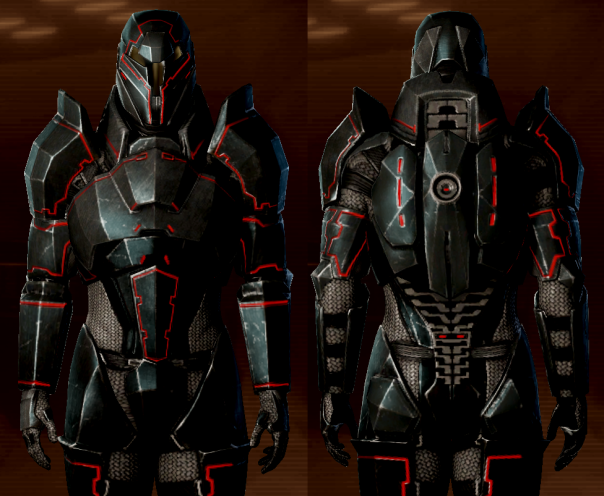 I have been thinking that the best way to make this armour set would be by using Pepakura, this is a program that has a vast community of people supporting it and lets you print out on card (paper not recommended)  all sorts of models, including armour sets from most games/films. You just print out the patterns, stick them together and you have your armour.

There are many ways to go about making the set, one way is to use Fibreglass mesh, on top of the card shapes you make using Pepakura, and sticking the mesh on with Fibreglass resin, which when it eventually sets will leave you with a rock hard but very light set of armour.

I have however chosen to use EVA Foam, this is the same stuff they use to the make interlocking foam mats that you see at the gym. It’s very light, but tough, also its nice and flexible when heated using a heat gun and when it cools it retains it shape. The plan is to use Pepakura to print out the parts of the armour then trace around the parts on the foam and cut them out, and so far testing has been going well… 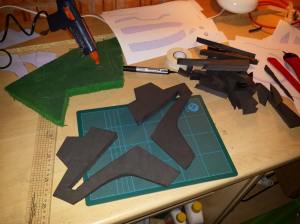 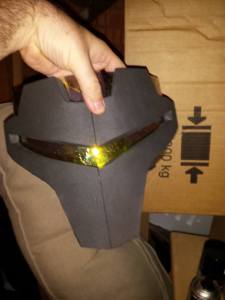 This is just a little test a friend and I did on a helmet for Mass Effect’s Blood Dragon Armour, the eye shield is part of a motorcycle visor. A Dremel tool can be used to smooth off edges and seams.

That’s all for now, I will post more as the project advances…

I'm a computer gamer, I live all things gaming and tech related. I also like lots of films and TV shows!
View all posts by Rageypeep »