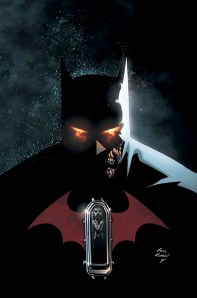 Is Damian Wayne returning from the dead?…Batman has been grieving his son and former Robin for over a year now, after he was killed by ‘the Heretic’ in issue #8 of Batman inc, the Heretic is an adult clone of Damian created by his mother Talia al Ghul. Tomorrow marks the first issue of  ‘Robin rises:Omega’ and the story continues in this month’s Batman and Robin. Damian Wayne has been a fan favourite since he was introduced into Batman lore in 2006, it wouldn’t be the first time that a Robin has returned from the dead, former Robin: Jason Todd aka Red Hood was resurrected in Ra’s al Ghuls Lazarus pit after being brutally murdered by the Joker in the Death in the family mini-series in 1988.